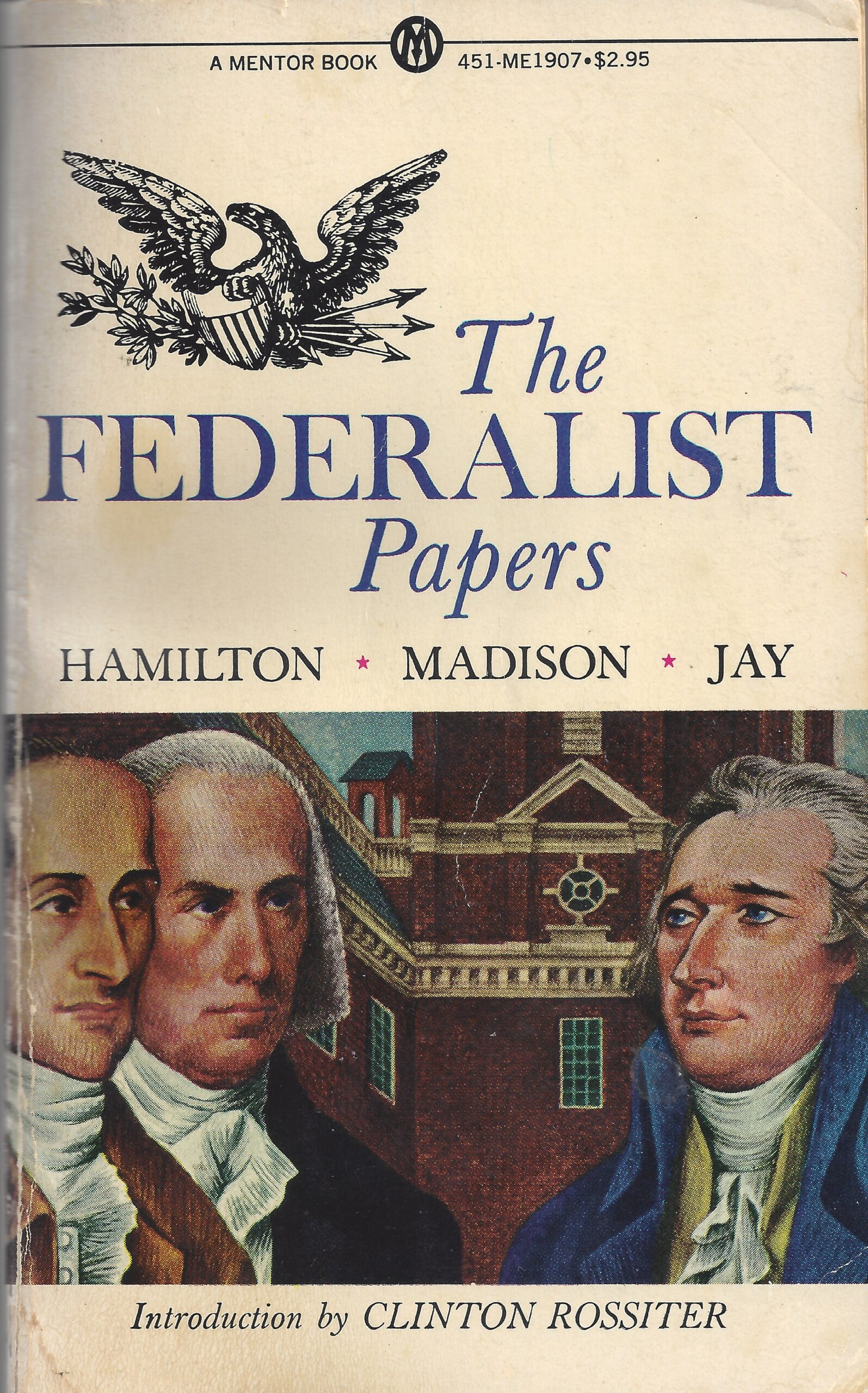 The Wacky World of “Delegate Bills”

Opponents of state legislatures’ applications to Congress to call an “Article V Convention” are often also battling “delegate bills” — also known as “unfaithful delegate laws.” Such state-legislative bills are ostensibly intended to prevent delegates to an Art. V convention from going beyond the purpose of the state’s request to Congress — which is usually a convention that will propose only one amendment, and only on some specific topic (e.g., term limits).

On first blush, it might seem that by opposing delegate bills, opponents of an Art. V Convention (“Con-con”) are fighting contrary to their own interest: After all, such activists warn against a possible “runaway convention” and preventing that outcome is (supposedly) what delegate bills are for!

In fact, though, a delegate bill is only somewhat less dangerous than an actual Con-con-application by a state. This post will unravel the real nature, and danger, of these bills.

In delegate bills, the false, dangerous unstated presupposition is the idea that state legislatures can control the proceedings of an Article V convention, once Congress has called it! For a state-legislative committee or chamber even to vote on such a bill is for it to accept implicitly this wildly specious assumption — which assumption, if the bill passes, can only give the state’s legislators false confidence that they can apply for an Article V Con-con with perfect safety.

Therefore, we must oppose any move to bring a delegate bill to a vote. But if it does come to a vote, we must push strongly for the rejection of the bill — which rejection will obstruct the inducement of this false confidence, and thereby make less likely the passage of an Art. V application (and make more likely the rescission of any application already passed).

Are delegate bills really as disconnected from reality, though, as Con-con opponents believe? Oh, yes! The rest of this post will review why the delegate bills’ unstated assumption is truly outlandish.

The Basic American Principle Which That Assumption Ignores

In the first place, the delegate bills’ unstated assumption is strikingly out of touch with a fundamental principle of government our Founding Fathers believed, and which is implicit in the first three words of our Constitution: “We the People….” Our Declaration of Independence stated the principle explicitly (see our emphasis, below, in bold):

We hold these truths to be self-evident, that all men are created equal, that they are endowed by their Creator with certain unalienable Rights, that among these are Life, Liberty and the pursuit of Happiness. That to secure these rights, Governments are instituted among Men, deriving their just powers from the consent of the governed. That whenever any Form of Government becomes destructive of these ends, it is the Right of the People to alter or to abolish it, and to institute new Government, laying its foundation on such principles and organizing its powers in such form, as to them shall seem most likely to effect their Safety and Happiness. — The United States Declaration of Independence, July 4, 1776; Paragraph 2

OK, you say; but did the Founding Fathers, and the People, really believe this principle (which was later called “Popular Sovereignty”) from 1776 to 1787 (the year a convention produced our current Constitution, including Article V)? Yes, definitely — the principle had become very dear to their hearts: In fact, they used it in the creation of, and then re-stated the principle in, the constitutions for most of their newly-freed states.

Therefore, the burden of proof is certainly on those, such as Prof. Rob Natelson, who claim that the drafters of our current Constitution had a quite different notion of constitutions, conventions, and sovereignty in mind while drafting Article V! But there is little need to quibble about who has the burden of proof, for even the founders they most like to quote disagree: we can cite telling statements from both Roger Sherman and George Mason regarding Article V — both of whom were in the group that did the major work on its drafting.

Moreover, we have the full, clear statement of another major participant in its drafting, James Madison, who later, in Federalist Paper 40 (the last 4 paragraphs), cited the Declaration of Independence on this very principle to justify the “runaway convention” of 1787. For Madison, that convention exemplified:

the transcendent and precious right of the people to “abolish or alter their governments as to them shall seem most likely to effect their safety and happiness,”….

At that 1787 convention, in arguing for giving the People, rather than state legislatures, power to ratify the new Constitution, George Mason expressed the principle well:

[State legislatures] are the mere creatures of the State Constitutions, and cannot be greater than their creators.… Whither then must we resort? To the people with whom all power remains that has not been given up in the Constitution derived from them. It was of great moment [Mason] observed that this doctrine should be cherished as the basis of free Government. — Max Farrand, Records of the Federal Convention of 1787, Vol. II, p. 88

Therefore, since clearly the kind of drafting-convention Article V has in view is a convention of The People’s (not the legislatures’) delegates, we can affirm that within the American philosophy of government, state legislatures have no authority at all to command Article V convention delegates as to what they may or may not propose. So much, then, for the viewpoint of American jurisprudence.

But, someone might say — granted, Article V conventions are true constitutional conventions, exercising the People’s sovereign, “self-evident” right to “alter or abolish” forms of government. Even so, couldn’t state legislatures still figure out some way, possibly, to control the delegates to an Article V convention? Aren’t some of these delegate bills quite inventive, after all, in the mechanisms they contrive for making the convention-delegates toe the line? Isn’t it remotely possible, that some of those mechanisms might work?

The Insurmountable Legal Hurdles over Which the Assumption Stumbles

As we shall see, blogger and former litigation-attorney Publius Huldah is right on target in the way she has answered that question: “[A]ttempts to control Delegates with ‘unfaithful delegate’ laws are laughably ineffective.” Let’s consider a few simple reasons why that’s true — even leaving aside, for the moment, the above basic principle of American jurisprudence.

Many or most delegate bills speak as if it were completely up to state legislatures to sort out who the delegates will be (representing the legislature, after all — as these bills wrongly presuppose!), as well as, all the rules and procedures of the convention itself. In short, the people drafting delegate bills tend to do it as if Article V adds, “After Congress calls the (drafting) convention, the State Legislatures shall all go off and figure out everything about how the convention will run: who will be sent to it, what motions shall be in order when, etc., etc.”

Does it say that, though? No, Article V does not say that. It says simply, “The Congress … on the application of the legislatures of two-thirds of the several States, shall call a convention for proposing amendments.…” After applying to Congress to call such a convention, the state legislatures have no further role in the process.

Admittedly, neither does Article V delegate to Congress (explicitly) such tasks as providing a selection-method for delegates. However, Article I, Sec. 8 concludes with the “Necessary and Proper Clause,” which delegates to Congress the right to make any laws “necessary and proper for carrying into execution” all powers given to Congress explicitly in the Constitution — e.g., the Art. V power to “call a convention for proposing amendments” when two-thirds of the states apply for it.

The Congressional Research Service, an agency within the Library of Congress, suggests that Congress alone has the power to organize the convention.  In its 2014 report entitled “The Article V Convention to Propose Constitutional Amendments: Contemporary Issues for Congress,” the Research Service states on page 4:

[W]hile the Constitution is silent on the mechanics of an Article V convention, Congress has traditionally laid claim to broad responsibilities in connection with a convention, including (1) receiving, judging, and recording state applications; (2) establishing procedures to summon a convention; (3) setting the amount of time allotted to its deliberations; (4) determining the number and selection process for its delegates; (5) setting internal convention procedures, including formulae for allocation of votes among the states; and (6) arranging for the formal transmission of any proposed amendments to the states.

Another mechanism one finds in some delegate laws is reminiscent of children playing in a schoolyard, where one of the children, not liking the way the game is going, announces huffily he is through, picks up his toys, and heads for home. Apparently, some state legislators believe that a similar behavior on the part of their delegates, in case the Art. V convention doesn’t go the way they like, will not merely show their displeasure, but also somehow pull the plug on the convention, ending its work.

One way to look at this remarkable assumption is to ask whether Article V says (or implies somehow) that the convention’s work will not be considered to have completed legitimately unless no state legislature withdraws its application, before the work’s completion. But of course, it does not say (or imply) that; nor is there the slightest reason, in the Article itself or in American jurisprudence or legal history, to imagine that a state’s application has any further effect once Congress has accepted and tallied it.

One final delegate-control mechanism we shall consider is the legislature’s threat of punishment — or at least, withdrawal from the convention — of any delegate who votes contrary to the intent of the state’s application for a convention. Indeed, some delegate bills have classified all such “unfaithful” voting punishable as a felony!

Such a mechanism assumes, however, that the state legislature will be kept strictly apprised of what’s going on within the convention — including, who voted how on what. But this is a spurious assumption.  Since state legislatures do not control its procedures, the convention could have voice votes — in which case no one knows who voted how — or, even if the votes be by rollcall, they could be by secret ballot. Or, the secrecy could be made complete: As happened early in our own, 1787 constitutional convention, the assembly could simply vote to keep the entire proceedings secret!

Thus — as we said above — state legislators are quite divorced from reality when they suggest that they can control an Article V convention’s deliberations. Often, it is difficult not to laugh at the ingenious but impotent devices whereby they expect to control such a convention.

However, it is not mere courtesy that prevents us from laughing at these failed attempts. For the danger that these incapable delegate bills present is not a laughing matter: Our brilliant Constitution, a true wonder of the ages, is in danger! We must make clear to all state legislators enticed by these siren songs, that “delegate bills” cannot control an Article V convention!

[1] That is to say, whether the measure should be passed or rejected is, in the case of delegate bills, not a simple, but a “complex” (a.k.a. “loaded”) question! And as logicians and rhetoricians warn,

So, a loaded question is one which you cannot answer directly without implying a falsehood or a statement that you deny. For this reason, the proper response to such a question is not to answer it directly, but to either refuse to answer or to reject the question. — http://www.fallacyfiles.org/loadques.html