Once the current threat to our freedom is exposed and routed (see previous menu topic), there will be a need to repair the damage done to our institutions, particularly to America’s opinion-forming and character-building institutions.

A further, never-ending task will be to build an electorate that understands the lessons of history and thereby strengthen our nation’s immunity to totalitarian ambition. 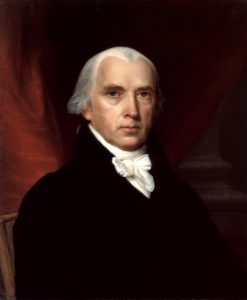 “Although all men are born free, and all nations might be so, yet too true it is, that slavery has been the general lot of the human race. Ignorant — they have been cheated; asleep — they have been surprised; divided — the yoke has been forced upon them.

“But what is the lesson? That because the people may betray themselves, they ought to give themselves up, blindfolded, to those who have an interest in betraying them?

“Rather conclude that the people ought to be enlightened, to be awakened, to be united, that after establishing a government they should watch over it as well as obey it.”

Madison regarded an informed electorate as the safest and only proper repository for ultimate power. With our system of government, evil men can prosper only if the American people are confused and deluded.

In his Farewell Address upon preparing to leave office, George Washington said:

“Promote, then, as an object of primary importance, institutions for the general diffusion of knowledge. In proportion as the structure of a government gives force to public opinion, it is essential that public opinion should be enlightened.”

However, both Washington and Madison would certainly have been aghast at the suggestion that the federal government they were forming should control that education.

In addition to warning of the danger of ignorance, our Founding Fathers also admonished their fellow Americans to recognize religion and morality as essential foundations. “Our Constitution,” said John Adams, “was made only for a moral and religious people. It is wholly inadequate to the government of any other.”

In his Farewell Address, George Washington also expressed this conviction:

“Of all the dispositions and habits which lead to political prosperity, religion and morality are indispensable supports.   In vain would that man claim the tribute of patriotism who should labor to subvert these great pillars of human happiness — these firmest props of the duties of men and citizens.   The mere politician, equally with the pious man, ought to respect and cherish them….

“And let us with caution indulge the supposition that morality can be maintained without religion. Whatever may be conceded to the influence of refined education on minds of peculiar structure, reason and experience both forbid us to expect that national morality can prevail in exclusion of religious principle.”

So our Founding Fathers were well aware that the American experiment in freedom would collapse if its underlying principles were not wisely and vigilantly protected.   Unfortunately, most of these defenses against the subversion of our Republic have since been seriously weakened. Decades after our nation’s founding, Abraham Lincoln would conclude:

“At what point shall we expect the approach of danger? By what means shall we fortify against it? Shall we expect some transatlantic military giant to step the ocean, and crush us at a blow? Never!

“All the armies of Europe, Asia, and Africa combined … could not by force take a drink from the Ohio, or make a track on the Blue Ridge, in a trial of a thousand years.

“At what point then is the approach of danger to be expected?   I answer, if it ever reach us, it must spring up amongst us. It cannot come from abroad. If destruction be our lot, we must ourselves be its author and finisher. As a nation of freemen, we must live through all time, or die by suicide.”