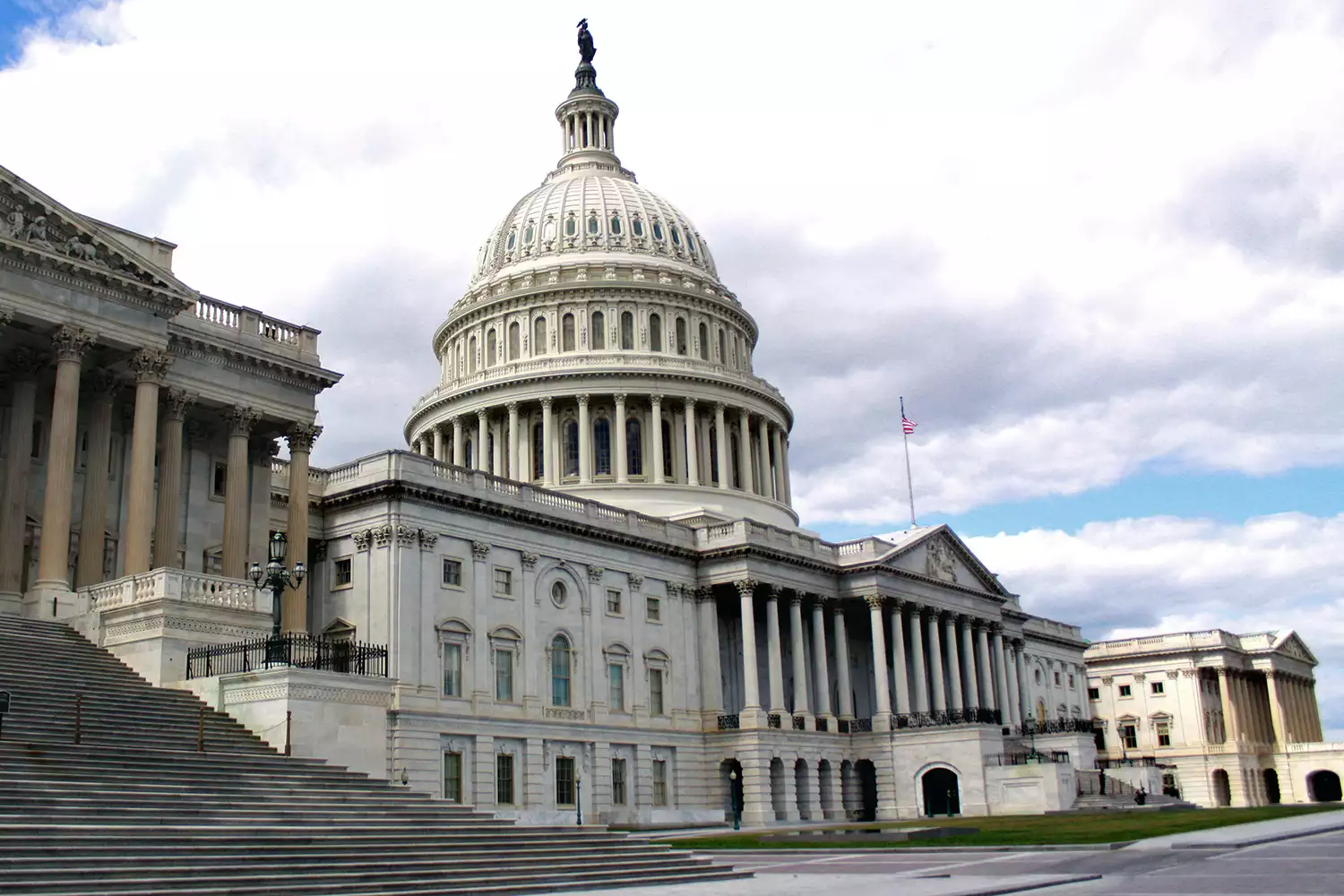 A massive amount of solid evidence documents the fact that a Conspiracy has long had a grip on our government and the major media of communications. This evidence includes the findings of congressional investigative committees as well as the testimonies of courageous individuals who experienced the Conspiracy directly.

Unfortunately, most Americans have been kept in the dark regarding this evidence. (For an overview and summary see, for example, Masters of Deception or the groundbreaking 1962 book, The Invisible Government, by former FBI executive Dan Smoot.)

By keeping the public ignorant of important history, the media is able to ridicule any suggestion of an influential Conspiracy as a mere theory of lazy minds seeking a simplistic explanation for complex events.

It is important not to overstate the Conspiracy’s control. It does not yet have a solid grip on all branches of government, nor does the federal government exercise unlimited power. A lengthy war for total control is in progress. The Conspiracy still has to deceive the public in order to advance its plans and, in particular, to push Congress and Americans to accept ever greater centralized control by the executive branch and international institutions.

Americans need to understand the conspiratorial influence on Congress if they expect to regain control of their government. There are numerous ways the Conspiracy generates this influence. Here are several:

In his 1992 acceptance speech at the Democratic convention, presidential candidate Bill Clinton extolled Establishment historian Carroll Quigley as a mentor. In the early 1960s, Quigley had been given access to the secret records of the inner core of the network we are discussing. In his subsequent (1966) monumental 1,348 page work entitled Tragedy and Hope: A History of the World in Our Time, Quigley argued:

“[T]he two parties should be almost identical, so that the American people can ‘throw the rascals out’ at any election without leading to any profound or extensive shifts in policy.”

But Quigley’s research also documented the efforts of wealthy and influential Insiders to achieve influence in both parties and ensure that government moved consistently in the Establishment/internationalist direction. The destructive bipartisan similarity, which Quigley seemed merely to advocate, has reflected reality ever since World War II.

The Council on Foreign Relations

The Council on Foreign Relations (CFR) serves as the most prominent U.S. front organization for the Conspiracy. During World War II, the CFR took working control of the U.S. State Department. Since that time, members of the CFR regularly shuttle back and forth between government “service” and top positions in finance, academe, think tanks, and the corporate world,

Ambitious politicians soon realized that acceptance as a member of the CFR was a premier steppingstone to high office and financial success. So a relatively small number of veteran congressmen regularly appear on the published membership roster of the CFR. But the CFR’s influence on Congress extends far beyond that of its actual members.

For example, CFR-supported think tanks and task forces regularly develop policy papers that drive political agendas. And Insider-orchestrated propaganda campaigns, often global in scope, are able to create the illusion of a united front, including “civil society,” in support of measures that centralize more power, where it can be more readily exercised by elite Insiders.

Representatives who might otherwise oppose the proposed power grabs regularly find themselves outgunned at committee hearings, and many politicians, not wanting to appear out of step, go along.

Admiral Chester Ward, a longtime member of the CFR, was one of the first to protest its subversive influence. In 1975, Ward co-authored Kissinger on the Couch seeking to expose that influence. On page 151, Ward explained how the CFR leadership core supports its representatives in government:

“Once the ruling members of CFR have decided that the U.S. Government should adopt a particular policy, the very substantial research facilities of CFR are put to work to develop arguments, intellectual and emotional, to support the new policy, and to confound and discredit, intellectually and politically, any opposition. The most articulate theoreticians and ideologists prepare related articles, aided by the research, to sell the new policy and to make it appear inevitable and irresistible…. If a certain proposition is repeated often enough in [Foreign Affairs], then the U.S. Administration in power — be it Republican or Democratic — begins to act as if that proposition or assumption were an established fact.”

In March 1990, the New York-based Council on Foreign Relations opened a headquarters in Washington, D.C. The CFR now does a Madison-avenue job of orienting and hosting congressmen directly. Numerous other Insider-supported groups headquartered in Washington also seek influence in Congress.

Although many conservatives recognize the “liberal” bias in the major network news reporting and the major Establishment newspapers, they generally fail to appreciate the Establishment dominance of news channels commonly regarded as conservative. The effect of this dominance is to ensure that conservative criticism is kept within bounds and does not seriously threaten a conspiratorial agenda.

What most conservatives fail to realize is that Establishment dominance in molding public opinion, unless effectively challenged, renders partisan politics ineffective. Even well meaning politicians will find it impossible to buck this influence and still get reelected and so, once in Washington, they start down the road of compromise. Yet busy Americans, eager for some hope, all too often embrace the politicians’ promise of a quick fix and invest their efforts in partisan politics, only to see their interests and values repeatedly betrayed.

In November 1993, CFR elites accomplished their first major foot in the door toward building a European Union in this hemisphere when Congress approved the North American Free Trade Agreement (NAFTA) between the U.S., Mexico, and Canada.

President George H. W. Bush (a former director of the CFR) had signed the agreement a year earlier, however both Houses of Congress still had to approve implementing legislation before NAFTA could take effect.

When President Clinton assumed office at the beginning of 1993, it fell on his shoulders to carry the Insiders’ ball and gain congressional approval for NAFTA. This posed a challenge for the liberal president, since such a radical assault on U.S. sovereignty needed to be sold to the American people as a “conservative” measure.

However, President Clinton had the help of Republican congressional leaders — Minority Whip Newt Gingrich (CFR) in the House and Minority Leader Bob Dole in the Senate. The final vote in the House was 234 to 200, with 132 Republicans voting in favor, as against 43 opposed.

The next step in the internationalist plan, announced during the Clinton administration, called for extending NAFTA to the entire hemisphere through a misleadingly named Free Trade Area of the Americas. The FTAA baton was picked up by President Clinton’s successor, George W. Bush. However, following a decade of actually living with NAFTA, NAFTA ghost towns and lost jobs were all too apparent on the U.S. landscape, and many Americans were strongly opposed to any enlargement.

Nevertheless, the Bush administration was determined to bring us closer to hemispheric governance, despite obvious political consequences. A big step was CAFTA, a so-called free trade agreement between the United States and Central America. (The Dominican Republic later joined the agreement, changing the name to DR-CAFTA.)

After negotiating the Central American Free Trade Agreement, the Bush administration waited for more than a year before submitting the agreement to Congress, because the plan simply did not have enough support. On June 30, 2005, the United States Senate approved the DR-CAFTA by a vote of 54 to 45. But resistance in the House was still strong. Another month would elapse before supporters dared bring the measure to a vote.

On July 21, the Washington Post reported: “[A]dministration officials concede they still do not have the votes to pass CAFTA in the House…. The White House had hoped to win over blocs of undecideds…. But those blocs have barely budged. Now, the administration is going vote by vote.” According to the Post, “the White House has authorized Republican leaders to secure votes with whatever is at hand, from amendments to the highway and energy bills to the still incomplete annual appropriations bills.”

The internationalist pressure finally won out. On July 27, 2005, the House of Representatives approved the pact by an exceptionally narrow 2-vote margin 217–215, with two representatives not voting. Following the vote, the New York Times acknowledged the intense top-down pressure:

“Whatever the economic merits, the vote on Wednesday night made it clear that the political appeal of the trade agreement was low. Only 15 Democrats supported the measure. And despite intense pressure from President Bush and House Republican leaders, 27 Republicans voted against the deal; many others badly wanted to do so.”

As an illustration of the pressures that confront our elected officials in Washington, we mention one further example. Without being too specific, we will just refer to a veteran conservative representative, who several decades ago decided to campaign for a U.S. Senate seat.

The representative was successful in that quest. But we learned subsequently that in the process of gaining that more influential Senate seat, the representative was forced to fire his veteran chief of staff and have the party leadership pick his staff for him. As a senator, he continued to give stirring speeches attacking the Establishment, but the Establishment ran his office.

And many other congressmen have undoubtedly succumbed to the temptations of office and made themselves vulnerable to Establishment blackmail.

The explosion in government since World War II has complicated the task of confining the federal government to its constitutional limits.

Whereas America’s Founding Fathers conceived a central government primarily concerned with external affairs, today many Americans are dependent on federal programs for their welfare. Moreover, a prominent goal of the Insiders has been to increase that dependency (as with federal government control of health care and access to health care).

It Can Be Reversed

Despite all of the above, the Conspiracy cannot yet exercise absolute control. America still has many surviving layers of strength.

For example, with the separation of powers spelled out in the Constitution and its checks and balances, our Founding Fathers made it a long and difficult task for power hungry men to achieve total power.

Moreover, they designed the Congress, and in particular the House of Representatives, to promote government accountability to an informed electorate.

The primary motivator of most representatives is still to be reelected. So for a representative to accept, let alone champion, socialist power grabs targeting the freedom of all Americans, the representative’s constituents must first be confused and deceived. Congress is the Key! introduces a plan to overcome that confusion and deception and put control of our government back in the hands of a people who will treasure the limits on government established with the U.S. Constitution.