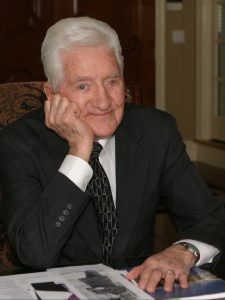 State legislators need to beware: Nothing written in a state’s application for a constitutional convention has any force or validity once that convention is called to order. That is the nature of a sovereign assembly. That explains why America’s founders put the needs of the people ahead of all state and federal mandates when they met in 1787. A brief look into the roots of America’s constitution-making system will confirm this essential truth.

It should be understood that constitution-making through the convention avenue is strictly an American affair. Civilian sovereignty as found in the United States is unknown to other nations where sovereign power is vested in kings and dictators. Under such forms of government the rulers have no need for a people’s convention. They have no reason to allow citizens to make the rules of government, for the monarch or the ruling elite hold all sovereign power. They devise their own structure of government and make and enforce laws according to their desires.

From colonies to states

Until 1775 the American colonies were bound by written charters under which Great Britain directed their governments. These charters were, of course, suspended the moment the colonies declared their independence; however,  three of the thirteen states retained their colonial legislatures and merely revised their charters to serve as constitutions.[1] In 1776, five states adopted constitutions in the same manner in which they would have passed mere statutes, without authorization from, or ratification by, the people. [2]

The origin of constitutional conventions

In 1777 the Massachusetts legislature set itself up as a convention and drafted a state constitution. This constitution was immediately rejected by the voting public who resented the legislature’s assumption that it could call a convention without first obtaining authorization from the citizens of the state.

The principal factor which defeated the Massachusetts constitution was the widespread belief that only the people could define their rights and determine their form of government. The voters insisted that the only valid kind of convention would consist of delegates to whom the powers of the people were delegated for the sole purpose of framing a constitution. It would not be a body of representatives entrusted at the same time with other duties.[3]

The experience of New Hampshire was very similar. In 1777 that legislature also met as a convention and drafted a constitution, which was rejected by the people. They rebuked the legislature because it was not within its authority to organize a convention and make its own rules of governance.

The principle of sovereign power

Most of the other newly freed states also attempted to frame constitutions under their legislative powers as if they were passing ordinary statutes. Although these constitution-making efforts varied slightly from state to state, the sovereign principle was not fully established until the citizens rejected the statutory route and took charge of the convention process.

In 1781 and 1782 the citizens of New Hampshire authorized a convention following the example of Massachusetts. Both states held America’s first bona fide constitutional conventions, and their example was soon followed by the other states.[5] The people had rejected the statutory form of government-making, insisting that supreme sovereignty of a free state was vested in the whole body of the people having power to create or alter governments “deriving their just powers from the consent of the governed.”[6] Constitutional conventions came indirectly from the people who called upon their legislators to appoint deputies to create a political system that would bind state officers to specific spheres of activity and prohibit them from doing anything else.

The sovereign principle: well understood in the original thirteen states

Nearly all of the original state constitutions, or declarations of rights, affirm the fundamental right of the people to establish or change their form of government. The following list of quotations from these early documents may help establish this point.

Massachusetts — The people alone have an incontestable, unalienable, and indefeasible right to institute government; and to reform, alter, or totally change the same, when their protection, safety, prosperity, and happiness require it. (Massachusetts Constitution, Preamble and Bill of Rights, Art. VII, 1781)

South Carolina — Some mode should be established by common consent, and for the good of the people, the origin and end of all governments, for regulating the internal polity of this colony. (Preamble to the South Carolina Constitution, 1776)

North Carolina — All political power is vested in and derived from the people only. (North Carolina Constitution, Declaration of Rights, Art. I, 1776)

Maryland — All government of right originates from the people, is found in compact only, and instituted solely for the good of the whole. (Maryland Constitution, Art. I, 1776)

Virginia — When any government shall be found inadequate or contrary to these purposes, a majority of the community hath an indubitable, inalienable, and indefeasible right to reform, alter, or abolish it, in such manner as shall be judged most conducive to the public weal. (Virginia Constitution, Bill of Rights #3, 1776)

Pennsylvania — Whenever these great ends of government are not obtained, the people have a right, by common consent, to change it, and take such measures as to them may appear necessary to promote their safety and happiness…. The community hath an indubitable, unalienable, and indefeasible right to reform, alter, or abolish government in such manner as shall be by that community judged most conducive to the public weal. (Preamble to the Pennsylvania Constitution and Declaration of Rights, Art. V, 1776)

Georgia — The people, from whom all power originates and for whose benefit all government is intended. (Preamble to the Georgia Constitution, 1777)

New Hampshire — All government of a right originates from the people, is founded in consent, and instituted for the general good. (New Hampshire Constitution, Preamble and Bill of Rights, Art. X, 1784)

Delaware — All just authority in the institution of political society is derived from the people, and established with their consent to advance their happiness. (Preamble to the Delaware Constitution, 1792)

The federal convention system is born

The principle of a supreme sovereign citizenry was at the root of America’s constitutional convention system. The same format was used as the basis of the Federal Convention which met in Philadelphia in 1787. By virtue of the desire of free citizens to alter their form of government, the state legislatures were authorized to appoint deputies to act for the people in amending the Articles of Confederation.[7] The Continental Congress also acted on the matter by passing a resolution which attempted to set limits on the convention and required that it meet:

….for the sole and express purpose of revising the Articles of Confederation and reporting to Congress and the several state legislatures such alterations and provisions therein as shall when agreed to in Congress and confirmed by the states render the federal constitution adequate to the exigencies of government and the preservation of the Union. [8]

Members of Congress felt that this resolve would bring the acts of the proposed convention within the legal requirements of the Articles, since it was presumed that whatever was proposed by the convention must be agreed to by Congress and confirmed by all thirteen states. It should be noted that none of these mandates were upheld. The Convention of 1787 obeyed its call to convene, but ignored entirely the directives from Congress and the states. Why was this so? Because the deputies were proxies of the sovereign citizens for whom they were acting. As such, the Convention had every right to form a new government.

That is the power and dynamic of the American convention system. James Madison admitted that the Convention violated its orders from Congress and the states but rested his case on the final purpose of the Convention. “…if they [the Convention] had violated both their powers and their obligations in proposing a Constitution, this ought nevertheless to be embraced, if it be calculated to accomplish the views and happiness of the people of America.” [9]

Why must the sovereign principle be understood?

The origin and basis of America’s constitutional convention system is immensely significant. It shows that governments in the United States do not create or alter their own framework. As already noted, when the early legislatures attempted to create constitutions they were soundly rebuked by the voting public for the obvious reason that only the people can determine the system, limitations, and scope of their government. This is a permanent prerogative of all free people. “Whenever any form of government becomes destructive of these ends, it is the right of the people to alter or abolish it….” [10] Are not “we the people” just as sovereign today as we were 239 years ago when the Declaration of Independence was signed?

Turning the process upside down

Sadly, the current movement for a constitutional convention attempts to bypass the principle of citizen sovereignty. We the people rule the convention — not the state, not Congress, nor any government entity. An ambitious group of modern reformers insist, however, that 34 state legislatures have the power to limit the scope of a constitutional convention. What they are asserting is impossible. The state legislature is the creation of a convention and cannot also be its creator, nor can any elective body tell a convention what it can or cannot do. This principle was amplified by George Mason during the 1787 Convention: “Col. Mason considered a reference of the plan [the Constitution] to the authority of the people as one of the most important and essential of the Resolutions. The legislatures have no power to ratify it. They are the mere creatures of the State Constitutions, and cannot be greater than their creators.” [11]

This two-century old rule applies to all conventions called under Article V of the Constitution whether intended for a single amendment, multiple amendments, or for an entirely new government. During the Convention of 1787 Mr. Sherman noted that, absent any stipulations set forth in Article V itself, “future Conventions [would be free] to act in this matter like the present Conventions according to circumstances.”[12] Consequently, future conventions would be sovereign bodies as free as the 1787 Convention to act as circumstances require.

Citizens and state legislators must come to understand the American sovereign dynamic which places authority in its proper order, which recognizes the people as the supreme sovereign power of a free country. Ambitious and creative reformers have invented a whole new convention system. They have relegated the convention to a mere ratifying body and have made the state legislature the deliberative body. They have turned the sovereign principle upside down, making state legislators effectively superior to the citizens who created the framework of their governments.

Again, legislators need to beware: nothing written in a state’s application for convention has any force or validity once the convention is called to order. That is the nature of a sovereign assembly, and that explains why America’s founders put the needs of the people ahead of all state and federal mandates when they met in 1787.

If a modern convention is called, it will have every power held by America’s founders 228 years ago. Certainly a modern convention will have everything — everything except the moral and ethical integrity of George Washington, James Madison, Alexander Hamilton, and the other 52 men who gave birth to the document that Gladstone said was “the most wonderful work ever struck off at a given time by the brain and purpose of man.” [13] It is not likely that our Constitution could survive the mental and moral climate under which a modern constitutional convention would meet and deliberate.

[5] As previously noted, Connecticut remained under its charter until 1818 and Rhode Island until 1824.

[6] From the Declaration of Independence.

[7] The Articles of Confederation was the “constitution” of the 13 states prior to ratification of the U.S. Constitution.

[10] From the Declaration of Independence.

Masters of Deception: The Rise of the Council of Foreign Relations$12.00