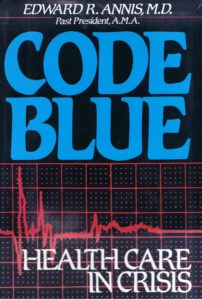 “[M]y plan … unapologetically seeks to apply our nation’s timeless principles … to today’s challenges. It does so in a way that honors our historic commitment to strengthening the social safety net for those who need it most…. It fixes what is broken in our health-care system without breaking what is working.” [Emphasis added.]
— Paul Ryan, Young Guns: A New Generation of Conservative Leaders, 2011

“Scott Pelley: Universal health care? Donald Trump: I am going to take care of everybody. I don’t care if it costs me votes or not. Everybody’s going to be taken care of much better than they’re taken care of now.” [Emphasis added.]
— 60 Minutes, 9-27-15

The claim that the federal government should provide welfare has no basis in the design of America’s Founders. However, socialists rely on precisely that notion to create an ever-larger federal monster.

Unfortunately, hardly anyone in politics today acknowledges that to make America great again (and safeguard our liberties) we must get the federal government entirely out of the health care and health insurance businesses.

“The Affordable Care Act expanded coverage to about 20 million more Americans by setting up state exchanges, where people could buy insurance with subsidies based on their income, and by giving states federal money to expand Medicaid to more of their populations.” — Yahoo News, 3-10-17

Since the law’s inception, Republicans have campaigned on the need to repeal Obamacare. Unfortunately, many have also embraced the goal of replacing it, thereby affirming that Obamacare addressed a legitimate need. More than a year ago, Rep. Raul Labrador (R-Idaho) correctly emphasized: “Replacing Obamacare is just actually replacing it with another government-run program and I think some of us as conservatives don’t want the government to be running that.” — Roll Call, 1-7-16

For decades, both parties have supported unconstitutional federal expansion.

One astute analyst recently assailed the Republicans for regularly following a ratchet pattern. On the campaign trail, they rail against Democrat-supported big-government. But once they gain the majority, their leadership simply adopts the previous socialist inroads as the baseline, makes a few tweaks, and calls it progress.

Opposition limited to defending against further expansion of federal authority can only lead to disaster. Major rollbacks must be the goal.

So now that the Republicans control the White House as well as the House and the Senate, what about their proposal, the American Health Care Act?

Presented as part of a GOP plan to repeal and replace Obamacare, the AHCA would do neither. More than a dozen congressmen protested the betrayal:

“[M]embers of the House Freedom Caucus, backed by conservative Sens. Ted Cruz of Texas, Rand Paul of Kentucky and Mike Lee of Utah, have said that it doesn’t keep faith with the GOP’s promise to unravel Obamacare.” — Roll Call, 3-10-17

“‘It’s Obamacare in a different format,’ Representative Jim Jordan of Ohio … said in a phone interview.” — The Atlantic.com, 3-6-17

“The House Republican leadership plan — quite frankly it is the largest welfare program that Republicans have sponsored in the history of the Republican Party.” — Rep. Mo Brooks (Ala.), “Rep. Mo Brooks: AHCA ‘Largest Welfare Program’ Sponsored By GOP,” MSNBC interview, 3-16-17, on YouTube

Conservative Review Senior Editor Daniel Horowitz makes a strong case that the AHCA is actually worse politics and policy than Obamacare. In a March 7th article, “RINO-Care: A more insolvent version of Obamacare … except this time GOP owns it,” Horowitz points out that the Ryan plan, with strong support from President Trump, would leave most of the regulatory structure and the exchanges in place.

And once the Republicans take ownership of this massive entitlement expansion, the challenge to undo the damage increases dramatically.

Yet the betrayal is even worse. Socialism is not a misguided humanitarian plan promoted by do-gooders. It is an evil deception. The humanitarian pretext cleverly serves to advance and cloak a totalitarian power grab.

Such is especially the case with socialized medicine. The socialist breakthrough came in 1965 with the enactment of King-Anderson (Medicare), but only after decades of infiltration and preparation by Fabian Socialist organizers, their Americans for Democratic Action front, and radical union organizer Walter Reuther. (See Media-Controlled Delusion, Chapter 1 Socialized Medicine and Code Blue, by Edward R. Annis, M.D., past president of the A.M.A.)

In a February 19 post, “Repeal and Replace (Big Brother!),” before the details of the Ryan plan became known, we predicted: “[T]hose expecting real progress will be deceived, because the media reports and political claims carefully avoid what is essential for the public to understand.” And what are those omissions? We identified three, quoted from our from Media-Controlled Delusion booklet:

Currently, there is nowhere near a majority in Congress with the will to do the right thing — get the government out. Many Republicans will seek compromise with liberals in violation of the Constitution, claiming they are negotiating the best deal possible.

But that is a betrayal, too. The deal may appear to slow down our enslavement, but it deceives the public. The only responsible course for a principled congressman is to vote against the continuation of unconstitutional programs.

Despite lobbying by President Trump, Vice President Pence, and House Speaker Ryan, a number of conservative congressmen steadfastly refused to support the Ryan plan. As we go to press, House leaders twice abandoned a scheduled vote due to insufficient support.

Achieving a majority of principled congressmen in Washington cannot occur until there is more understanding created back home.   Former Congressman Lawrence P. McDonald (D-Georgia) showed that he could vote on principle and get re-elected, despite Establishment attacks, because his district had a strong base of informed voters.

As the patriot Robert Welch emphasized, “All we must find and build and use, to win, is sufficient understanding.” And that takes strong organization that is committed to correct principles and understands the forces working to enslave us.