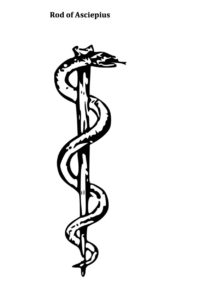 “The firm precept of dialectic materialism, whether expressed as one step backward for two steps forward, or two short steps backward for one long step forward, has always made these concessions to the necessity of deception an absolute requirement and precaution in all Communist progress.”
— Robert Welch, American Opinion, January 1962

To make America truly great again, Americans must force the federal government back under the chains of the Constitution — get the government out of where it does not belong. In just one area — health care — that means completely reversing course, taking Big Brother out of the picture.

As we wrote in Chapter 1 “Socialized Medicine” of our 2015 booklet Media-Controlled Delusion: “Our health care system does need reform — the reform of getting the federal government out.” But that won’t happen until more of the public understands crucial omissions in the so-called health care debate.

GOP Control — What to Expect

With the GOP now in control of the House, the Senate, and the presidency, many voters look forward to the GOP delivering on its six-year-old promises to “repeal and replace” ObamaCare.  But those expecting real progress will be deceived, because the media reports and political claims carefully avoid what is essential for the public to understand. We quote from Media-Controlled Delusion:

“The revolutionary socialist network extends back more than a century. The goal of this network is central control of virtually every human activity (socialism) and world government.” [Emphasis added.]

The humanitarian socialist pretext of caring for the downtrodden is just that — a pretext, a pretext for a power grab to make Americans dependent on Washington for their most basic needs.

That huge century-long revolutionary investment in government control won’t be reversed unless there is much greater public understanding of the powerful forces and subversive agenda promoting it. Until that happens, the political hue and cry of “Repeal and Replace” will at best mean a small step backwards while accepting much of the socialist progress of the long ObamaCare step — in short, net progress toward universal government-controlled health care.

“And that points to one of the most effective ways for revolutionaries to overcome resistance to a loss of liberty — gradualism — proceed in stages so that the end result is not universally obvious.”

We strongly urge readers to check out the linked Chapter 1 of Media-Controlled Delusion, acquaint themselves with the crucial media omissions, particularly the history of the socialized medicine drive, and then share this post widely.