California — At It Again! 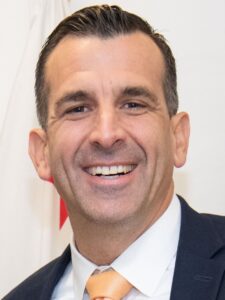 “A California city [San Jose] has passed the first-of-its-kind gun law that will require gun owners to purchase liability insurance and pay an annual fee on their weapons.” —  Fox News, Jan 26, 2022.

This insidious legislation, requiring residents to purchase their right to keep and bear arms, essentially changes the right to a privilege that only those willing to pay may enjoy. And of course, San Jose residents will be enjoying an unconstitutional tax by one of California’s most revolutionary city governments.

We certainly deplore the financial impact this legislation would have. But more importantly, we urge Freedom First Society supporters to fight all such gun legislation because of the steppingstone threat against our rights protected by the Second Amendment.  It’s not just a San Jose or California threat.  It’s nationwide. Because as San Jose Mayor Sam Liccardo, who introduced the measure in 2019, said himself:

San Jose has a chance to act as “a model for the rest of the nation to invest in proven strategies” to limit gun violence.

Thus, no matter where you live, we hope you will keep your eyes on developing initiatives like these. Because the ripples will spread far and wide if we don’t do what it takes now to stop politicians from passing such obviously unconstitutional laws.  Notice also that Mayor Liccardo follows the gun-grabber strategy by blaming the gun (“gun violence”) rather than the perpetrator when a gun is used illegally.

Which begs the question, what do we do to stop this before we have our guns confiscated?

First, although we appreciate the efforts of any group to fight illegal gun legislation, we must not trust these groups to fight our battles for us. For example, the Firearm Policy Coalition called San Jose’s new law “burdensome, unconstitutional, and prohibited by California law” and sought an injunction to stop its enforcement. While we certainly agree, we do not expect that legal efforts, leaving concerned citizens as mere spectators, where their freedom is at stake, will be enough to stop the gun grabbers.

Therefore, we recommend as much as ever before that each reader inform himself or herself and take necessary action. We need thousands of loyal Americans holding politicians’ feet to the fire, communicating effectively and consistently that we will not allow these laws in our cities and states.

What does this communication look like, and how do we find so many fellow citizens who will help us fight? Simple! Just visit Freedom First Society’s Stop ALL Gun Control Legislation, NOW! campaign page by clicking the preceding link. We’ve outlined steps to spread the word on current developments and to contact your local politicians to make your voice heard.