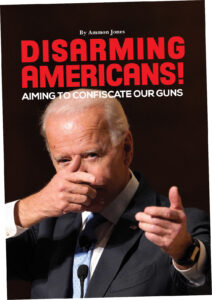 Although the disarmament drive has been ongoing for decades, the disarmers are now riding high and have a major milestone in their sights — national registration, the recognized precursor to gun confiscation. With help from their completely controlled major media, the disarmers have been able to convince much of the public that a series of high-profile shootings demands disarming the law-abiding in order to stop the “gun violence.”

It is critical that Americans do all in their power to fight any new federal gun control laws.  A key strategy of the disarmers is to establish a a non-threatening foundation from which more oppressive controls can easily be ramped up.

Unfortunately, most gun owners are depending on long established pro-gun lobbying organizations to resist this drive.  But that resistance will be defeated unless many more Americans come to an understanding of the subversive forces that have an increasing grip on our leftward evolving Congress and take action that fits the problem.

Our short booklet, Disarming Americans!,  exposes the forces behind the gun control movement that target our freedom and are developing increasing control of Congress.

The immediate campaign objective is to build an enormous groundswell of informed pressure on Congress not to pass any new gun control legislation.  The supporting strategy is two prong:  1) Distribute the Disarming Americans! booklet widely to enlist informed support; and 2) then mobilize that support to pressure Congress.

Once that is well underway, the campaign will promote the longer term solution – changing Congress to become accountable to an informed electorate and not the Insider voices promoting gun confiscation.

Here are some initial recommendations:

Since our very freedom is at stake, we are calling for super aggressive action. To support that challenge, we have introduced cases of Disarming Americans! with 24 booklets at the unusually low price of only $25 (shipping included) — barely $1 per booklet!  Click here to order cases.

RECOMMENDED ACTIONS TO MOBILIZE THAT SUPPORT TO CONTACT CONGRESS:

Follow up with prospects.  Ask those who have read the booklet to plug into our campaign and begin pressuring Congress in opposition to any new gun control legislation and reach out to others, i.e., order their own cases of the booklet for distribution among their circle of friends and mobilize them in the campaign to pressure legislators, as well.

It is time to get friends, family, and everyone we know who loves their country involved in this effort now!

Constitution of the United States

Posts providing support for this campaign:

Under the guise of protecting lives, our government is dictating how we should react to certain infectious particles. Read more

The attack on gun ownership in America is not a horse but a demon, and it is far from dead. Read more 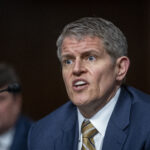