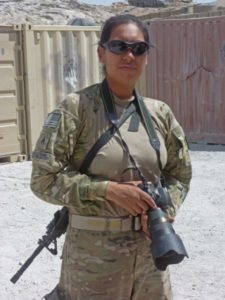 On September 10, 2015, the U.S. Marine Corps released an executive summary of a nine-month study of how an integrated force of men and women performs in a combat environment. The summary included some tempered resistance to the revolutionary feminist drive to open up combat roles to women.

The Marine Corps study was conducted in response to a January 2013 decision by President Obama’s radical Secretary of Defense, Leon Panetta, to rescind the ban on women serving in combat jobs.   To ease the transition, Panetta gave the services until the fall of 2015 to develop their plans to comply and to argue if any jobs should be excluded. President Obama’s current Secretary of Defense, Ashton Carter (CFR and Rhodes Scholar), has already declared that he hopes to open all combat jobs to women.

And President Obama, himself, is certainly on board with the drive to place women in combat roles. In his February 12, 2013 State of the Union address, the president stated: “We will draw upon the courage and skills of our sisters and daughters and moms, because women have proven under fire that they are ready for combat.”

The Post report continued: “The Marine Corps’ research will serve as fodder for those who are against fully integrating women. It found that all-male squads, teams and crews demonstrated better performance on 93 of 134 tasks evaluated (69 percent) than units with women in them.”

Perhaps the greatest resistance in the Marine Corps study to the integration drive was its pointed reference to the conclusion of the “1992 Presidential Commission on the Assignment of Women in the Armed Forces, the last extensive examination of gender integration within U.S. ground combat units”:

Well said! However, we should not assume that the pressure originates with the “personal desires” of some group (i.e, women in the services) to have equal opportunity to serve in combat. As we shall see, there is much more to the story.

To understand the real drivers of the worldwide culture war, let’s start with the more obvious, but poorly understood, feminist movement. 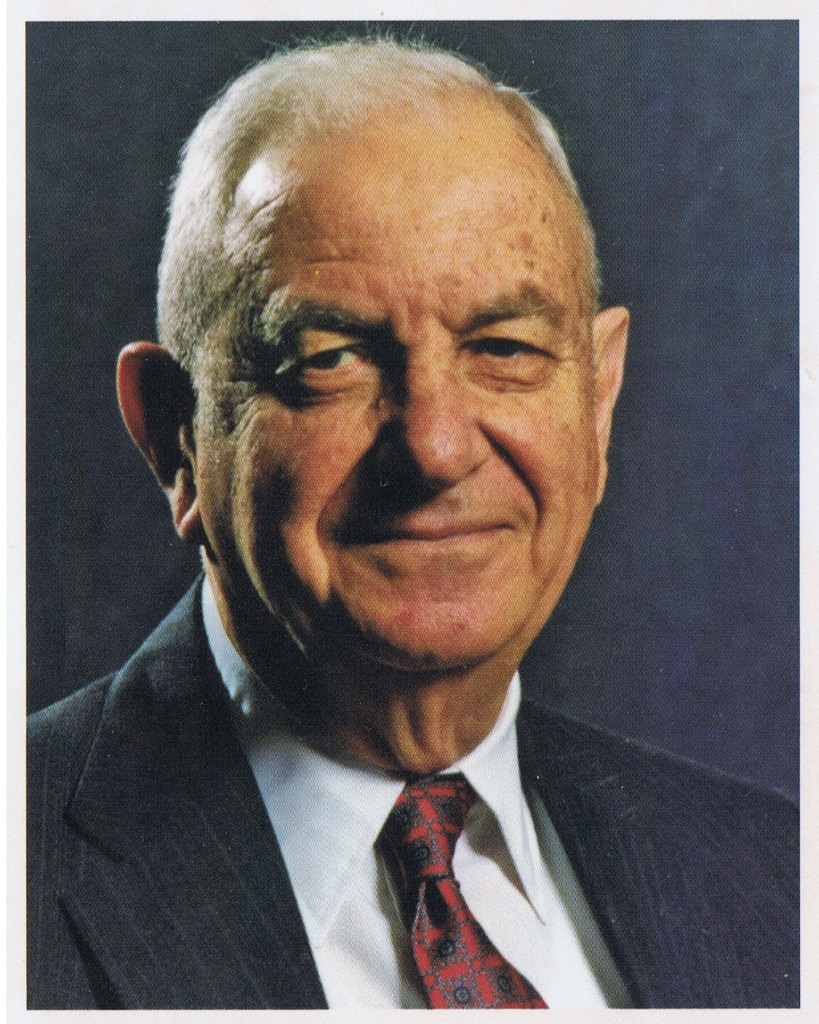 Brigadier General Andrew J. Gatsis, one of the most decorated officers ever to serve in our armed forces, was also an intense student of military strategy and tactics. He completed courses and taught at many our nation’s military schools. From personal infantry combat experience in several of our nation’s wars and from his studies he was a vocal opponent of placing women in combat roles.   He testified before Congress in opposition, and he spoke and wrote on the topic.

In a through analysis for the March 16, 1987 issue of The New American magazine, General Gatsis wrote:

The Women’s Movement is the militant arm of a plan to place the family at the disposal of the state. From its very inception, the Equal Rights Amendment (ERA) has remained the prime goal of the feminists, despite its repeated defeat. However, the feminists have always had an ongoing parallel plan — to force legal equality on society through the back door, through statute-by-statute enactment. No better environment exists to advance this plan than our Armed Forces, since the military is socialistic in nature….

The structure through which they work is the top command and control center of our military forces, the Pentagon, which is saturated with feminists. Over the past decade, members of various women’s organizations, such as NOW, have been placed in key positions of authority, where they formulate policies concerning the U.S. military readiness posture. The result is that the demands of the women’s movement have eclipsed national security considerations.

The very sound reasons why women should not be sent into combat generally fall into two categories: the negative impact on military effectiveness and the destruction of a pillar of civilization — respect for and protection of women as the weaker and softer sex.   We turn back the clock on civilization when we expose women to the horrors of combat.

In his 1987 article, General Gatsis explained: “Our soldiers are taught out of necessity to be brutal and to kill. Like it or not, these are the talents that win battles. It is immoral to place our daughters in this role when it is not necessary.”

It is so tempting to get caught up in arguing why the Pentagon plans do not make sense. But confining our arguments to their mere wrongness is a prescription for continued defeat. The same goes for the drive for same-sex marriage, legalization of pot, or allowing open homosexuals or transgender individuals to serve in the armed forces.

Rather than asking why common sense is constantly being trampled, Americans need to be asking, “who are the powerful people and organizations behind the drive?” and “what are the motives and real agendas of those providing the ultimate funding and direction?”

Simply put, the frontline individuals involved in revolutionary issues do not have the organization, connections, drive, or wherewithal to change society. The great 20th Century historian Oswald Spengler had it figured out when he wrote in his classic Decline of the West:

There is no proletarian, not even a Communist, movement, that has not operated in the interest of money, in the directions indicated by money, and for the time permitted by money — and that, without the idealist amongst its leaders having the slightest suspicion of the fact.

NOW (National Organization of Women) founder Betty Friedan, whose 1963 book The Feminine Mystique launched the feminist revolution, once said that the feminist revolution would involve a restructuring of “all our institutions: child-rearing, education, marriage, the family, medicine, work, politics, the economy, religion, psychological theory, human sexuality, morality, and the very evolution of the race.”

Friedan was one of the signers of The Humanist Manifesto II (1973), which called for “a world order based upon transnational federal government” and “an international authority” to provide “massive technical, agricultural, medical and economic assistance, including birth control techniques, to the developing portions of the globe.”

But what about Insider funding and political muscle for the movement? We grab one example from the Washington Post article. The Post sought to overcome the adverse conclusions in the Marine Corps study by citing the objections of Katelyn van Dam, identified as a “Marine Corps veteran who has advocated for full integration.” She is also identified as “a spokesman for the Truman Project and Center [for National Policy]’s No Exceptions initiative, which calls for opening all military jobs to women immediately.”

The Center for National Policy (CNP) describes itself as “an independent policy institute, which brings together leaders from government, the private sector, and civil society to develop strong, smart and principled solutions to the global challenges Americans now face.” [Emphasis added.] The CNP is larded with advisors from the Council on Foreign Relations (CFR), including Leslie Gelb, President Emeritus of the CFR. The Council on Foreign Relations is an extremely influential Internationalist front group.

In his 1987 analysis, General Gatsis referred to a February 1982 memorandum “Deputy Defense Secretary Frank Carlucci (the newly assigned NSC advisor to President Reagan) sent … to the Service Secretaries with the following demand:

… I want you to identify specifically the military career paths, officer and enlisted, which are closed or in any way restricted to women by combat limitations you have in place.

“Any military commander would immediately recognize this type of language as a directive to eliminate combat barriers against women or otherwise be identified as uncooperative and inefficient….” Gatsis added: “Don’t be deceived: The registration of women is always just around the corner….”

Years later (January 26, 2004) in “Will They Draft Your Daughter?” The New American observed:

“The equal rights amendment would make voluntary, as well as compulsory, military service available to women and men on the same basis,” declared New York Congresswoman Bella Abzug, a radical Marxist and founder of the modern feminist movement. Writing in the April 1971 Yale Law Review, Professor Thomas Emerson, another radical ERA proponent, insisted that exempting women from the draft would be intolerably “sexist”….

“No woman should be authorized to stay home to raise her children,” insisted feminist “foremother” Simone de Beauvoir. “Society should be totally different. Women should not have that choice precisely because if there is such a choice, too many women would make that one.”

With the Supreme Court decision on same-sex marriage fresh in our memories, no one should assume that Court interpretation of a future ERA or some other “discovered” legal doctrine would not demand such compliance. 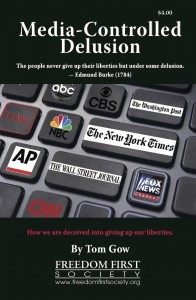 The Establishment-controlled media consistently allow revolutionaries to conceal their real agendas and their underlying organization, while trumpeting their public protests. The movement to place women in combat is but one example.

If our nation is to remain free, such widespread deception cannot be tolerated. In the small booklet mentioned above, your writer examines several timely examples of the deception and suggests what can be done to overcome it.

2 responses to “Women in Combat”