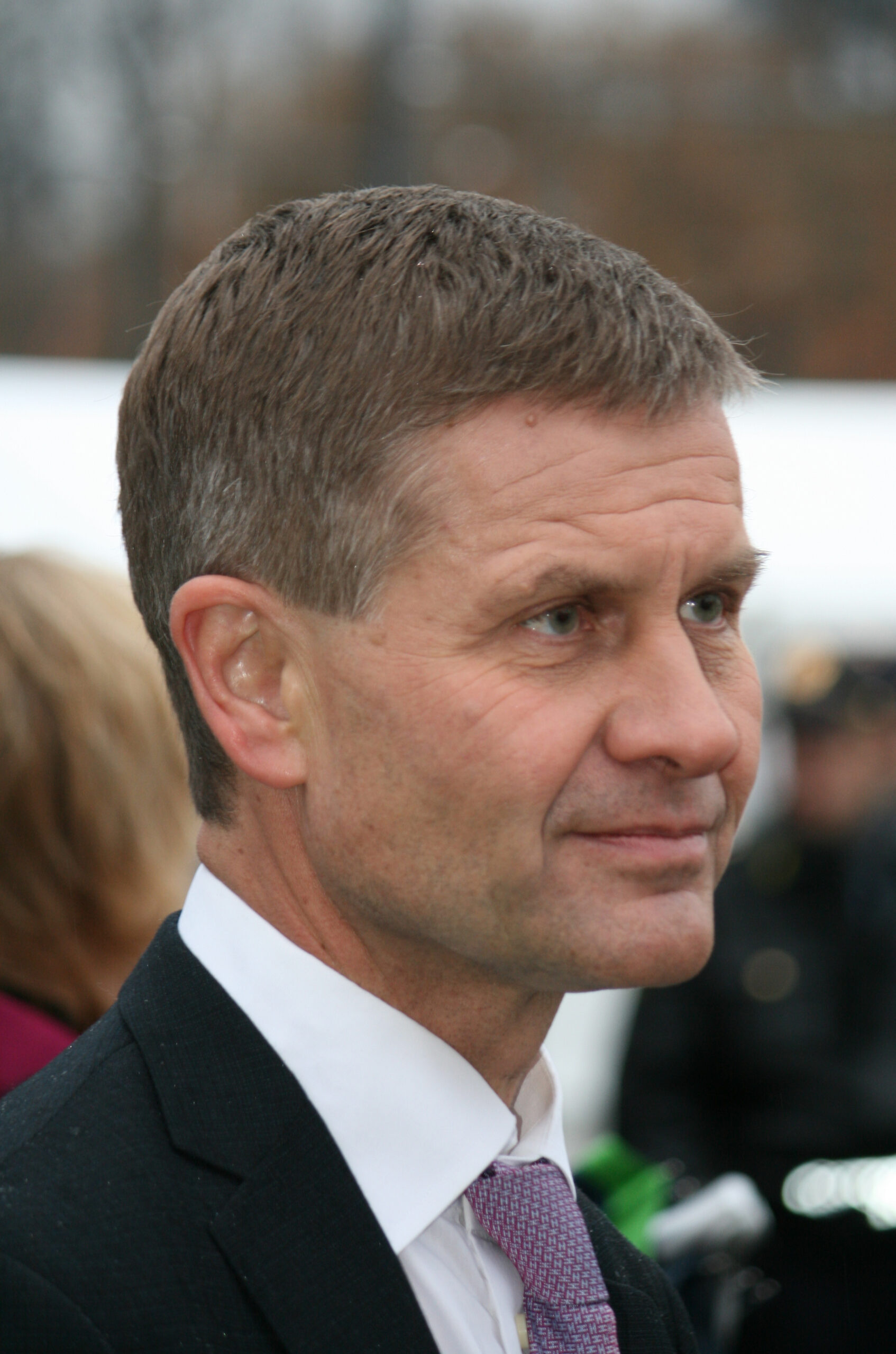 The world stands on the brink of failure when it comes to holding global warming to moderate levels, and nations will need to take “unprecedented” actions to cut their carbon emissions over the next decade, according to a landmark report by the top scientific body studying climate change….

“There is no documented historic precedent” for the sweeping change to energy, transportation and other systems required to reach 1.5 degrees Celsius, the U.N. Intergovernmental Panel on Climate Change (IPCC) wrote in a report requested as part of the 2015 Paris climate agreement. — “The world has just over a decade to get climate change under control, U.N. scientists say,” — Washington Post, 10-8-18

The UN’s IPCC is constantly challenged to ramp up its climate-change hysteria, while the Establishment’s Washington Post is all too ready to report the Internationalist propaganda at face value.

Let’s look first at what some experts have to say regarding the reliability of the claims. And then we’ll examine the subversive agenda that is driving the hysteria.

Don’t Trust the UN’s IPCC
The UN, in cooperation with the Establishment media, regularly promotes the fiction that there is a “scientific consensus” re man-made global warming due to the release of greenhouse gases.  And of course, the media refuses to report the mountains of scientific evidence disputing those claims.  Instead, when forced to mention “the deniers” at all, it characterizes such objective contradictory science as industry-financed or even as a criminal threat to life on the planet. 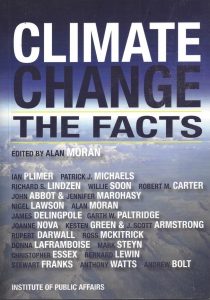 One authority, who has tried to shine the light of day on the topic, is Dr. Richard S. Lindzen, Professor Emeritus, Department of Earth, Atmospheric and Planetary Sciences at the Massachusetts Institute of Technology, now retired. In 2015, he wrote in Climate Change: The Facts:

Global warming is about politics and power rather than science.  In science, there is an attempt to clarify, in global warming, language is misused in order to confuse and mislead the public….

Advocates of policies allegedly addressing global warming use models not to predict but rather to justify the claim that catastrophe is possible.

On the same day as the above Washington Post story, Professor Lindzen delivered a lecture for the Global Warming Policy Foundation in London.  His lecture, entitled “Global Warming for the Two Cultures,” attempted to explain what really drives climate change and how non-scientists and non-specialists were being bamboozled by the “carbon dioxide” is the enemy propaganda.  In conclusion, he says:

So there you have it. An implausible conjecture backed by false evidence and repeated incessantly has become politically correct ‘knowledge,’ and is used to promote the overturn of industrial civilization. What we will be leaving our grandchildren is not a planet damaged by industrial progress, but a record of unfathomable silliness as well as a landscape degraded by rusting wind farms and decaying solar panel arrays.

A number of such experts are incensed by the Establishment’s media line supporting the global warming scare, but they don’t get coverage in most media outlets. However, the Investor’s Business Daily, a business alternative to the Establishment’s Wall Street Journal, has reported the opposition to the UN climate-change propaganda.  On June 2, 2015, the Investor’s Business Daily provided a commentary: “Isn’t It About Time Climate Scientists Confessed?”:

We’ve mentioned before that the climate models the United Nations and others use to claim that the planet is becoming dangerously hot are flawed. In fact, they’re just plain wrong. We base our belief in part on the work of Roy Spencer, a climate scientist at the University of Alabama in Huntsville, who has said that 95% of the models have over-forecast the warming trend since 1979….

Given that there’s so much evidence contrary to the global warming narrative, climate scientist Patrick J. Michaels justifiably wants to know when other climate scientists will finally admit they’ve been wrong.

“Day after day, year after year, the hole that climate scientists have buried themselves in gets deeper and deeper,” Michaels writes on the Cato Institute blog. “The longer that they wait to admit their overheated forecasts were wrong, the more they are going to harm all of science.”

What’s Driving the Misleading Forecasts?
Unfortunately, the misleading forecasts are not just mistakes or even self-serving science.  The climate change hysteria is designed, with major financial backing, to support the Internationalist power grab and its attack on the independence of nations.  Here we draw from one of many authoritative exposés. 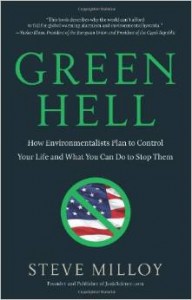 In 2009, Regnery published Green Hell: How Environmentalists Plan to Control Your Life and What You Can Do to Stop Them, by Steve Milloy, which exposed a great deal of the agenda (see our 2009 review, “A Masterful Wake-up Call”).  Milloy provided extensive documentation of how the environmental movement was created, its high-level funding, and what its agenda is.  As Milloy expresses it:

Make no mistake: living green is really about someone else microregulating you — downsizing your dreams and plugging each one of us into a brand new social order for which we never bargained. It’s about … having the boundaries of your life drawn by others.

The central concept of this book is that there is hardly any area of your life that the greens consider off limits to intrusion. There is almost no personal behavior of yours that they consider too trivial or sacrosanct to regulate.

Milloy documents that a primary green objective is to create scarcity, which then provides the pretext for government regulation and rationing.  And what better way to bring a modern industrial economy to its knees than to starve it of energy?  The current tactic to achieve energy scarcity is to emphasize the development of “renewable” energy, while attaching burdensome strings to the development of resources that can supply our immediate energy needs.  Colorado, as Milloy points out, is the Saudi Arabia of shale oil. Yet this resource has been off limits to development.

Milloy concludes: “But if the government were to use an energy crisis as a pretext to tighten its grip on the energy supply, it would vastly expand the state’s ability to dictate the everyday parameters of how we live our lives….. [E]nergy — the very thing that has enabled the American way of life — can also be used to quash it.”

Milloy’s book also touches on the broader internationalist agenda that threatens the sovereignty of nations.  He titles one section:  “National Sovereignty: It Was Nice While It Lasted” and notes: “[T]he greens aim to use the specter of a global warming catastrophe to subjugate America to global governance.” And he explains the dangers of global governance to our system of government and the constitutional protections for our rights.

Remember that Milloy wrote this in 2009.  With that background the current UN alarm can be seen for the truly dangerous threat it is:

“It’s like a deafening, piercing smoke alarm going off in the kitchen. We have to put out the fire,” said Erik Solheim, executive director of the U.N. Environment Program. — Washington Post, 10-8-18

The hidden, subversive agenda must be exposed!