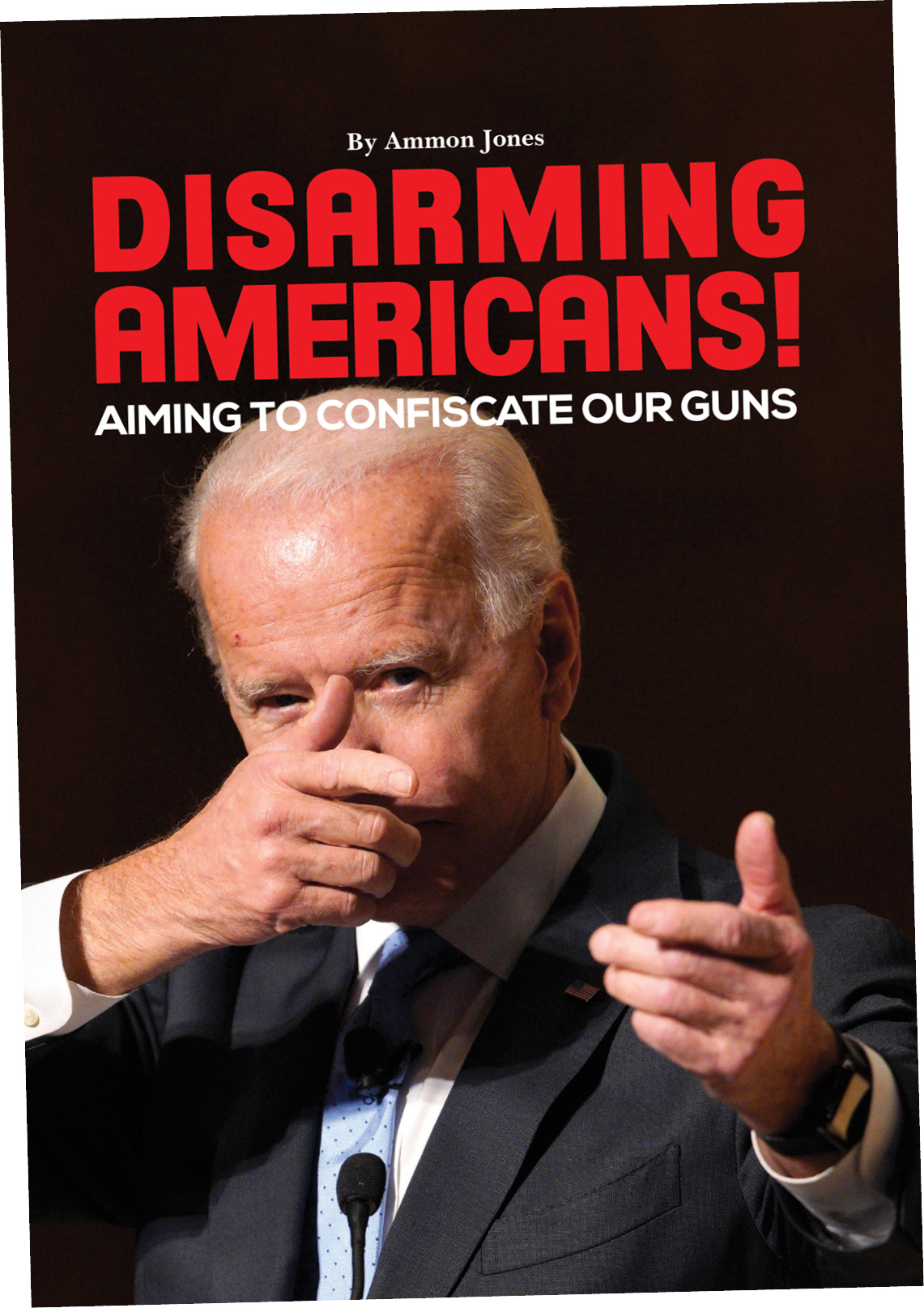 ‘It’s time to turn this pain into action,’ Biden continued, ‘We have to make it clear to every elected official in this country: It’s time to act.’ — “Biden: ‘When in God’s name are we going to stand up to the gun lobby?’,” The Hill, 5-24-22

President Biden came down hard against pro-gun Americans during remarks on Tuesday [5-24], according to The Hill, following the tragic killing of 18 schoolchildren in Uvalde, Texas. The wake of such horrifying shootings leaves everyone in the country shaken, yet we must remember the true criminal is not the gun itself but the individual who wields it.

Like politicians and gun control groups, we too would “beg – implore” our readers to stand fast in their determination. But unlike pundits and politicians, we know the truth about the right to keep and bear arms. Rights are not bestowed by the Constitution or by any government entity. They are intrinsic, God-given rights that no law has any business to give or take away. The law’s one and only job is to protect those rights, including the right to the free exercise of religion — which in fact may be a large part of the answer.

It should little surprise our readers that in a country where God is left out of the public arena, citizens kill each other in the cruelest and most unimaginable ways, robbing innocent young people of their lives and devastating countless families. We beg all Americans to support organizations like churches that teach kindness and respect for fellow man, rather than demonizing religious organizations as has been done more and more lately.

Take, for example, a recent article from MSNBC warning parents who want to homeschool about the “danger of being drawn into Christian conservative networks.” Christians in America, reports the article released May 12, 2022, use homeschooling as an “insidious way” to keep their children separated from “undesirable immigrant groups.” This gross misrepresentation can be found throughout the media as Christians are stereotypically lumped together with racists and potential terrorists.

With that definition of Christianity, who would want to be identified as such? Yet look more closely at the teachings of true Christian faiths and you will find people learning to love one another and treat everyone with respect, as well as refraining from violent behavior. Take these principles away from our schools and our society, and it is no shock that individuals use weapons for abhorrent acts such as school and grocery store killings.

We again declare emphatically that taking guns away from responsible citizens will lead our country, not to a utopia, but to enslavement under tyrants. Realize that many gun control groups are controlled by some of the same individuals influential in the Council on Foreign Relations (CFR).  For example, Michael Bloomberg, the former Mayor of New York City, is a prominent member of the CFR and largely funds the gun control group Everytown for Gun Safety. The legislation these groups promote is no accident, as the CFR has displayed all too prominently its globalist and anti-gun agendas. And one of the last barriers to global tyranny is the U.S. Constitution and an armed citizenry.

President Biden and all those in league with CFR Insiders use emotionally charged language to convince us that we must take action. But for those who recognize this as a call to end our freedoms and begin a new era of totalitarian rule in America, his words are nothing less than chilling.

Recommended action: Don’t be fooled. Use Freedom First Society’s booklet Disarming Americans! — Aiming to Confiscate Our Guns to learn how gun control laws lead to more and more government control and the eventual enslavement of the people. Order more copies and share with those who would be interested. We need your help to make a difference, so please act now!