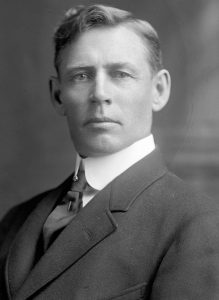 “Congress simply isn’t doing enough yet. Conditional assistance tied to work or a single stimulus check are not — and frankly never have been — enough to protect Americans from economic insecurity.

“What we need in this moment to meet the need and help families who are struggling is a Covid-19 guaranteed income, with direct, recurring cash payments for all Americans — including immigrants — that last at least until the economic hardship of this public health crisis ends. A form of Universal Basic Income, this guaranteed income is unconditional, won’t interfere with other social safety net benefits and would help give Americans an income floor during a time of great economic instability.”  —  Michael Tubbs and Melvin Carter, “One more stimulus check from Congress won’t be enough. This is what will really help,” CNN Business Perspectives, 8-21-20

Most Americans undoubtedly recognize that states don’t have money trees.  But many take it for granted that the Federal government has a wealth tree and can dispense wealth at will.  And if it doesn’t, it’s just being stingy.

The truth is that the federal money tree is a very real threat to our freedom and prosperity.  And government created economic devastation, ostensibly in response to pandemic crisis, is being used as the pretext for a drastic inflation of our currency.

The above cited article was written by two city mayors – Michael Tubbs, mayor of Stockton, California and Melvin Carter, mayor of Saint-Paul, Minnesota.  As an opinion piece, it was disclaimed by CNN Business as not representing the views of CNN.

However, in a related CNN Politics article, “‘A growing sense of panic’ with no fresh federal relief in sight,” 8-19-20, CNN seems also to support more federal spending as the right thing to do:

There’s support from both sides of the aisle to send a second round of checks, extend at least some unemployment benefits and allow small businesses to apply for another loan so that they can pay their workers. But Republicans … and Democrats … remain far apart on the details even after weeks of talks in July.

Millions of people are still unemployed
The package of financial aid that Congress passed in March got money to people fairly quickly at a time when lawmakers didn’t expect the pandemic to last as long as it has….  But the economy is far from recovered.

By the end of June 2020, our national debt stood at $26.5 trillion — an increase of almost $3 trillion in the previous six months — the fastest rise in history!

Intended Destruction
The remedy for one destructive act — government shutdown of the economy — is not another destructive act — wild inflation of our nation’s currency.   Some history is needed to understand how and why the federal government got a money tree.   But first we recall what should have been an early warning re inflation’s destructive consequences.

Lenin is said to have declared that the best way to destroy the Capitalist System was to debauch the currency. By a continuing process of inflation, governments can confiscate, secretly and unobserved, an important part of the wealth of their citizens….

Lenin was certainly right. There is no subtler, no surer means of overturning the existing basis of society than to debauch the currency. The process engages all the hidden forces of economic law on the side of destruction, and does it in a manner which not one man in a million is able to diagnose.

The Federal Reserve Act
In 1910, international bankers from Wall Street convened a highly secret meeting at Jekyll Island, Georgia and came up with a scheme to gain control of our nation’s money.  It was originally introduced in Congress as the Aldrich Plan, but Senator Nelson Aldrich of Rhode Island was too clearly connected to the international bankers, and for that and other reasons his bill went down to defeat.

However, after the 1912 elections, the essence of that plan was reintroduced as the Federal Reserve Act.  Congress passed the Act on December 22, 1913 during its rush to adjourn for Christmas.  Insider-controlled President Woodrow Wilson signed it into law the next day.

During the Act’s consideration in the House of Representatives, the great American statesman Charles A. Lindbergh Sr. (father of the famous aviator) addressed his colleagues as follows:

This act establishes the most gigantic trust on earth …. When the President signs this act the invisible government by the Money Power, proven to exist by the Money Trust investigation, will be legalized ….
This is the Aldrich Bill in disguise ….
The new law will create inflation whenever the trusts want inflation….

After more than a century, Lindbergh’s prediction has come home to roost — big time.  In recent years, the only thing preventing monetary inflation (to finance federal deficits) from becoming price inflation has been the willingness of other nations’ central banks, most notably Communist China’s, to hold our debt.  But this makes the U.S. susceptible to the actions of a hostile nation.  And according to an April 1 Bloomberg report, foreign holders have begun dumping the dollar as a result of the new explosion in U.S. debt.

A moment’s reflection should convince anyone that consumption requires production.   And no amount of currency inflation can substitute.   Money won’t put food on our tables, if food is not produced.

Solution
The destruction of America will continue as long as a misinformed public is vulnerable to the deceptions of those seeking tyrannical power.

The solution starts by creating understanding among grassroots patriots regarding the deceptions of the Insider-controlled media in support of a cabal of power seekers.  Much of what needs to be understood is recorded in Freedom First Society’s Masters of Deception — The Rise of the Council on Foreign Relations.

But to bypass the media and create sufficient public pressure on Congress to roll back decades of entrenched subversion, it will take the tough leadership of an informed grassroots organization.  Of course, we recommend Freedom First Society.