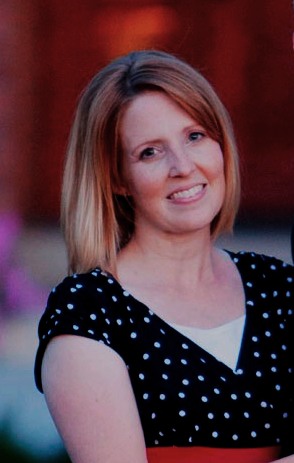 New Smarter Balanced Assessment Consortium (SBAC) testing (now being called the ISAT in Idaho — someone thinks we won’t notice the change) has elicited an unprecedented negative response from students, parents, and educators all across the country. Local students have nicknamed it the “SweatBAC.” A friend of mine, who has administered standardized testing to elementary students for the past six years, recently resigned out of frustration with the SBAC.

My friend witnessed the transition between tests and saw a dramatic difference in the student response to the SBAC, as opposed to the ISAT. With the fact-based, multiple choice ISAT, students knew what to do and could move through the test. With the SBAC, many young students cannot even identify the subjective questions buried in the texts, let alone make abstract inferences and answer with an essay containing supportive evidence from the text. Yet, they cannot move to the next question in the 3 ½ hour English testing without providing an answer to the question they can’t identify. These students sit feeling stupid, some of them in tears, as they are required to spend hours completing developmentally inappropriate tasks without support.

My friend could no longer bear to participate in a process which is causing so much emotional pain and psychological damage. She sees no benefit to this subjective test as a measure of knowledge, feels it to be a counterproductive waste of precious time and public money, and is bothered by the lack of information about ‘who’ grades the tests ‘how’ and ‘what’ data collected from testing is being used for. She resigned mid-year.

The difficulties my friend witnessed are NOT “just the result of inadequate preparation.” Early childhood experts all across the country have come forward stating that these tests are developmentally inappropriate. I have a son who suffered a severe brain hemorrhage as a premature infant. Consequently, we have worked closely with the National Association for Child Development, an organization that has a decades-long resume of cutting-edge research in brain development and incredible success helping children and adults learn. These professionals are frustrated by the havoc being wreaked in the minds of many of their clients who are being subjected to what they identify as developmentally inappropriate, and even damaging, educational methods in the name of the Common Core.

What’s more, since its hasty implementation, seven state legislatures have already reconsidered their involvement with the SBAC consortium, have been convinced of its problems, and have withdrawn their participation.

Carol Burris, New York State Outstanding Educator in 2010 and New York State High School Principle of the Year in 2013, thoroughly reviewed the Common Core and identified 5 reasons she believes it is disastrous for education. Included among these — Common Core standards contradict what we know about how young children learn, including decades of research on early reading development; and Common Core tests are unreasonably difficult and will result in unfair consequences to children.

Here in Idaho, the Madison School District superintendent has questioned the validity and costs of the SBAC. He found another option for his school district which had a much more solid research basis, more valid results, and will save his district approximately $10,000 over the cost of administering the SBAC. He has announced that his students will not be taking the SBAC test.

But the top-down pressure to comply with the educational monopoly granted to this Common Core aligned testing consortium is staggering. Parents are being told that they have no legal authority to withdraw their child from taking this test. Districts are required to administer this test to 95% of their students, regardless of their circumstances or special needs, or risk “losing stars” and federal money. The SBAC has become a graduation requirement. Those seeking an alternative route to graduation will find that even the GED test has been re-written by the same consortium that compiled the SBAC.

As these SBAC tests have been implemented the pass rate has plummeted by as much as 80% in some states. Yet, instead of re-examining the tests, the steam-roller pressure to enthrone them continues. Even colleges and universities are under top-down pressure from the federal government to align their college admission standards to federal standards for financial aid, eliminating other traditionally-accepted admissions options and making these tests mandatory for admission to higher education as well. This big-fisted monopoly over education at all levels makes past monopolies look like a game of croquet as opposed to rugby. This unprecedented top-down pressure is a gigantic, flashing, red indicator that these are NOT parent-led, voluntary changes.

That so many have caved to this top-down coercion without protest is disappointing; but the way that our state leaders have responded to the concerns being raised is completely unacceptable. When Idahoans introduced bills requiring debate and discussion regarding the SBAC, state leaders have killed these bills in committee, refusing to allow them to even come to the floor. The plug-your-ears-and-turn-your-back response of these state leaders to our substantial, valid concerns is inexcusable. With only a short time left in the legislative session, It is high time that state representatives and all concerned citizens use their influence to demand that bills like SB 1070 and SCR 106 are given a fair and open hearing.

Granting such monopoly power to any consortium is wrong. Granting it to a consortium that straps us with developmentally inappropriate, unsound educational practices is a betrayal of the public trust.