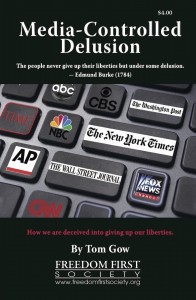 [Senator Ron] Wyden, the lead Democratic negotiator on the bill and the ranking member of the Finance Committee, said [the “Trans-Pacific Partnership” (TPP) trade deal] would improve enforcement of worker protections and environmental protections across the globe, including upgrading enforcement in existing trade pacts like NAFTA. [Emphasis added.] — Roll Call (5-14-15)

Trade pacts such as NAFTA and the TPP clearly involve much more than lowering tariff barriers to regional trade. And, indeed, there is much more to the story.

Among the paths to world government conceived by world-order architects, “regionalism” has been one of their most effective. The idea is to persuade nations to give up some of their sovereignty piecemeal to regional alliances, such as the European Union, having open-ended authority.

We cannot leap into world government in one quick step…. In brief, the precondition for eventual globalization — genuine globalization — is progressive regionalization, because thereby we move toward larger, more stable, more cooperative units. 1

These regional governments are naturally “more cooperative units,” because the CFR Insiders set them up as their babies.

The CFR planners — experts in psychology — long ago recognized the advantage of the regionalization approach over trying to persuade all nations to accept the same master authority in one fell swoop. Nations naturally tended to regard their neighbors as family when pitted (particularly economically) against distant nations on other continents.

Even so, nations are reluctant to merge with their neighbors. To accomplish their goal the Insiders had to move in steps (“progressive regionalization” in Brzezinski’s words), while denying the destination of those steps. In Europe, for example, they would offer elaborate pretexts to camouflage their intentions — until the nations of Europe were caught in the trap.

The history of the deceptions used in Europe should tell Americans what to expect if we allow our leaders to take us down a similar route.

A Monstrous “Bait and Switch”

A glimpse into the perfidy committed by British politicians came to light in 2000 with the release of documents associated with Britain’s 1970 application to join the Common Market. British journalist Christopher Booker and Dr. Richard North (a former research director for an agency of the European Parliament) summarized the revelations in their excellent 2003 book, The Great Deception: A Secret History of the European Union:

[Prime Minister Edward] Heath’s own bid to join the Common Market began what for the British people was to be the greatest deception of all…. Heath persistently misrepresented Britain’s membership of the Common Market as no more than a trading issue….

Only 30 years later would it come to light from the Foreign Office’s confidential papers just how conscious were its officials of the extent to which Britain was about to surrender its powers of self-government…. [T]he author of the FCO’s internal memorandum on “Sovereignty” justified the concealment by suggesting that the British people would not notice what was happening until the end of the century, by which time it would be too late to protest because the process would have become irreversible. 2

Edward Heath was not alone in perpetrating the deception. “For 40 years,” says Booker, “British politicians have consistently tried to portray [the Common Market and EU] to their fellow-citizens as little more than an economic arrangement: a kind of free-trading area primarily concerned with creating jobs and prosperity, which incidentally can help preserve the peace.” 3

Although the architects of the Common Market denied that political union was the object of economic union, the historical record reveals that from the beginning their intention was to create a European socialist superstate.

In 2000, the Establishment’s New York Times applauded the demise of the nation-state in Europe:

One area where the nation-state seems to be losing ground particularly fast to the idea of a united Europe is that of the law. This was evident in recent days as European court verdicts obliged Germany and Britain to reconsider or revise basic military policy….

For some time, treaties have enshrined the pre-eminence of European law over national legislation in many areas, including the environment, trade, human rights and working conditions. But it has taken a long time for this reality to reach ordinary citizens….

It was a ruling in September by the Court of Human Rights that led Britain this week to end its ban on openly gay men and women as members of the armed forces. 4

Clearly, the architects of regionalism envisioned a power grab that had nothing to do with improved prosperity through trade.

Buoyed by their success in enticing the nations of Europe into their regional trap, Establishment Insiders would apply similar tactics in Africa, Asia, and the Americas.

In November 1993, CFR elites accomplished their first major foot in the door in this hemisphere when Congress approved the North American Free Trade Agreement (NAFTA) between the U.S., Mexico, and Canada.

Just as in Europe decades earlier, NAFTA was promoted as an effort to improve the economies of the member nations by lowering tariff barriers. And the words “Free Trade” in the title were calculated to win conservative support.

But, as in Europe, the alleged economic benefits were just bait for a treasonous attack on the sovereignty of the three North American nations. While proponents would ridicule any suggestion that NAFTA would undermine U.S. sovereignty, the NAFTA treaty, combined with side agreements, set up more than 30 new international committees to decide issues previously the responsibility of the individual national legislatures.

Despite its unpopularity, NAFTA is still in place, quietly waiting for the Insiders to preset the dials, so it can expand its authority in the name of convergence, as originally intended.

In the meantime, NAFTA is exercising the authority it already has. In April 2004, the New York Times reported how American jurists and politicians were surprised that Chapter 11 of the NAFTA agreement was already empowering NAFTA tribunals to override U.S. court decisions:

Abner Mikva, a former chief judge of the federal appeals court in Washington and a former congressman, is one of the three Nafta judges considering the Mississippi case. He declined to discuss it but did offer his perspective on Chapter 11. “If Congress had known that there was anything like this in Nafta,” he said, “they would never have voted for it.” 5

Both David Rockefeller (former CFR chairman) and CFR heavyweight Henry Kissinger lobbied openly in the nation’s press for NAFTA. But they tipped their hand by announcing that much more was involved than just lowering trade barriers.

In a 1993 column that appeared in the July 18 Los Angeles Times, former Secretary of State Henry Kissinger declared: “[NAFTA] is not a conventional trade agreement, but the architecture of a new international system….”

A few months later, David Rockefeller championed the agreement in the Wall Street Journal: “Everything is in place — after 500 years — to build a true ‘new world’ in the Western Hemisphere,” Rockefeller enthused, adding “I don’t think that ‘criminal’ would be too strong a word to describe … rejecting NAFTA.” 6

The Fall 1991 issue of the CFR’s Foreign Affairs revealed that the Insiders were well aware that NAFTA was following in the EU’s footsteps:

The creation of trinational dispute-resolution mechanisms and rule-making bodies on border and environmental issues may also be embryonic forms of more comprehensive structures. After all, international organizations and agreements like GATT and NAFTA by definition minimize assertions of sovereignty in favor of a joint rule-making authority. 7

Liberal opponents of these trade pacts deplore the low wage rates, working conditions, and lack of environmental regulation in other countries. However, proponents use these liberal objections as a convenient pretext for increasing the authority of the new regional “trade” bureaucracies.

Clearly, the so-called national debate over trade totally ignores the real purpose of post-World War II regional trade pacts — to create unaccountable regional authorities at the expense of the sovereignty of the nation-state. Our national survival requires that this agenda be exposed, understood, and defeated.