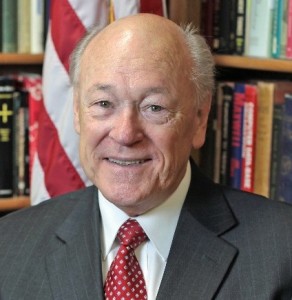 In 1972 Vance gave up his business career to work full time for the Society as a Field Coordinator. Later, he became the Society’s National Director of Field Activities. In June 1991, Vance was named the Chief Executive Officer of JBS, a position he filled for over 14 years.

During that time Vance also headed up several of the Society’s affiliated corporations including Robert Welch University — a project that was initiated in 1974 by Robert Welch and brought to life in 2002 by Vance.

In October 2005, the Society became the victim of a highly unfortunate internal division, and Vance, along with several other colleagues, gave up their leadership positions. For several years, Vance directed his efforts to Robert Welch University.

In 2007, with the support of several former members of the JBS Executive Committee of its National Council, Vance offered his leadership for the launching of a new organization from scratch — Freedom First Society.

Currently, Vance is Freedom First Society’s president. He is also the co-author of Organize for Victory! — a book that spells out the principles and strategy of Freedom First Society and what Americans must do to preserve freedom and Masters of Deception: The Rise of the Council on  Foreign Relations. 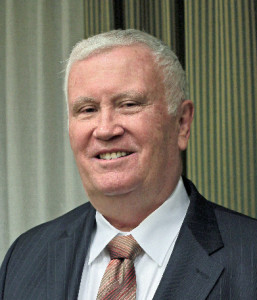 Tom, the Vice President of Freedom First Society, grew up in Southern California. During his senior year of high school, Tom became interested in the freedom fight. In the early sixties, Tom helped to build an audience for a major televised rally of Fred Schwartz’s Christian Anti-Communism Crusade.

In the mid-sixties, Tom served two years on active duty in the U.S. Navy on a submarine. Subsequently, he went to work for a local electric utility company. While working full time, Tom resumed his coursework at UCLA and graduated in 1976 with Departmental Honors in Math. During his time in school Tom also developed a strong understanding of and commitment to free market economics.

In 1983, Tom gave up his electric utility position to work full time as a Field Coordinator for The John Birch Society (JBS) in the greater San Francisco Bay Area. In 1991, Tom was appointed Vice President, a position he held until 2005.  At that time, both Tom and Vance shifted their energies to  developing Robert Welch University.

In 2007, Tom and G. Vance Smith, enlisted the support of several prominent businessmen to found a new organization, Freedom First Society. Tom is also the co-author of Organize for Victory! and Masters of Deception. 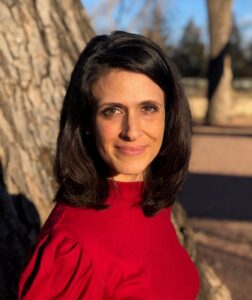 From a very young age, Mary had a desire to learn about the principles that set the United States apart from other countries. Upon graduating from high school, she sought out books that would tell her the truth about the United Nations and threats to our country. While at Brigham Young University, she was introduced to the work of Robert Welch by her future husband and so found the education she was seeking.

Mary and her husband homeschooled their five children all through high school. She has served as a volunteer Chapter Leader for Freedom First Society since 2008. In 2022, she left the small business that she owned and operated for nearly 29 years to serve on the Freedom First Society staff. She is passionate about enlisting others in the freedom fight.