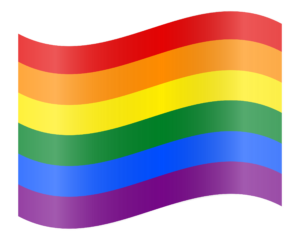 “The recent statements by The Walt Disney Company (TWDC) leadership regarding the Florida legislature’s recent ‘Don’t Sat Gay or Trans bill’ have utterly failed to match the magnitude of the threat to LGBTQIA+ safety represented by this legislation…. While we certainly appreciate Bob Chapek’s apology note, there is still more work to be done.” — Open Letter & Petition — Disney Do Better Walkout (whereischapek.com), by activists claiming to represent (TWDC) LGBTQIA+ community and their allies

Many of you have read about the uproar over Florida’s newly (March 28, 2022) enacted legislation regarding parental rights and the teaching of sexuality in grades K-3. While we could present a decent case for eliminating government-funded schools as the true solution, we recognize that, with the way education is structured in America, this is not happening anytime soon. For now, we want to point out that the true danger of the topic of LGBT rights is that it serves to move our country toward a Marxist, 2-tier society.

The basis of Marxism is that society is made up of victims and oppressors. Many countries have fallen because of tumult among the lower, or “victimized,” class — only to be taken over by ruthless tyrants. Those seeking power in America desire the same result. But since America doesn’t have a rigid economic class system, the victims must come from somewhere else.

Thus, we hear the cry that those who have unnatural affections (can one truly call it otherwise?) are being oppressed and must be protected. We see the same idea applied to other groups such as women and minorities.

We certainly agree that no one should ever be bullied or harassed, regardless of their station, nature, or life choices. However, these groups aren’t really seeking equality but are actually demanding special status with “rights” that turn out to be entitlements that other citizens do not enjoy. For example, the open letter above, written by LGBT activists in the name of Disney employees, claims that Florida’s new law “challenges basic human rights,” threatens “safety and well-being,” and that TWDC merely “placate[s] the LGBTQIA+ community with subpar representation in the content produced.” But since when is indoctrinating children via public school and media a basic human right?!

If you watch mainstream media about this backlash, you’ll find accusations of Disney being “woke,” as well as pundits pointing out that the left misunderstood the legislation or did not study it enough. However, Americans need to understand that this is not a misunderstanding or a difference of opinion. The clash over Florida’s new law is one battle in the war for the nation’s culture. Indeed, “capture the culture” was the battle cry of followers of Italian Communist Antonio Gramsci, who studied and developed tactics for seizing government power.

Gramsci believed that undermining morality plays a critical role in the endeavor to topple Western democracies, replacing them with communistic governments. And again, while we maintain that all humans have God-given rights that no one can infringe upon regardless of their characteristics or choices, the question of sexuality boils down to morality. The increase of young people “coming out” as gay, trans, etc. can certainly be explained by the issue being brought to the forefront in movies and TV, in the news and in their local schools and even churches.

Since Biblical times, sexual deviation has been seen as an affront to God and a threat to the sacred natural order of families and procreation. Yet today we are supposed to see homosexuals as deserving extra protection. And if we don’t wholeheartedly embrace homosexuality and other perversions, we are accused of infringing upon rights. Yet such immorality has an intrinsic connection to rebellion against God.

We warn that these orchestrated trends will lead, not only to amoral future generations, but also to a defunct Constitution and to the rise of tyranny.

Truly, the problem isn’t with our friends and family who have been convinced in their kindheartedness that we should stand up for the “oppressed” gays, nor with those who unwillingly struggle with such issues. The true danger is Marxism that divides our society into oppressed and oppressors. We should strive to treat everyone with love and kindness but stay firm in the knowledge that morality is a necessary component to the survival of our Republic against the onslaught of would-be tyrants.

We align our stance with that of George Washington, whose words in his Farewell Address we would do well to remember:

Of all the dispositions and habits which lead to political prosperity, religion and morality are indispensable supports. In vain would that man claim the tribute of patriotism who should labor to subvert these great pillars of human happiness — these firmest props of the duties of men and citizens.