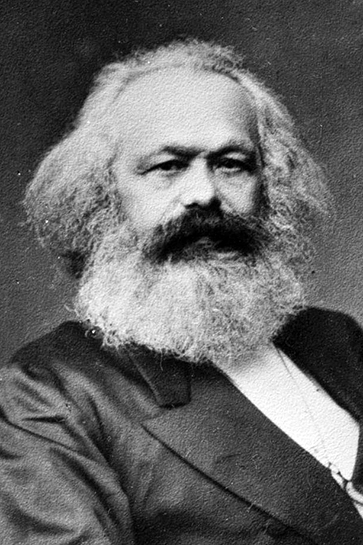 The “Diversity” Police Draw Down … on Diversity

Apparently, spokesmen for the “diversity” agenda are useful to that agenda’s authors only if they can use diversity as a weasel-word. Like so many nice-sounding words in the Marxist vocabulary (e.g., freedom and equality), what diversity means to the trained revolutionary is basically the opposite of what it means to the rest of us.

Any “diversity” spokesperson who ignores that fact can potentially subvert the revolutionary narrative. That’s why it needed correcting immediately, when recently one such spokesperson veered off script.

What did she say that was so upsetting to the “diversity” police? Here is the dangerously Americanist take on diversity she leaked:

“And I’ve often told people a story — there can be 12 white, blue-eyed, blonde men in a room and they’re going to be diverse too because they’re going to bring a different life experience and life perspective to the conversation. The issue is representation and mix and bringing all the voices into the room that can contribute to the outcome of any situation.”
— Denise Young Smith,  Apple’s first-ever Vice President of Diversity and Inclusion

In retrospect, it might have been particularly impolitic to offer this nugget of good sense at the One Young World Summit in Bogotá, Colombia, in a panel discussion on fighting racial injustice. In any case, she was quickly called on the carpet.  We can infer this from the fact that she emailed a groveling apology just a few days later:

I have always been proud to work for Apple in large part because of our steadfast commitment to creating an inclusive culture. We are also committed to having the most diverse workforce and our work in this area has never been more important. In fact, I have dedicated my twenty years at Apple to fostering and promoting opportunity and access for women, people of color and the underserved and unheard.

Last week, while attending a summit in Bogota, I made some comments as part of a conversation on the many factors that contribute to diversity and inclusion.

I regret the choice of words I used to make this point. I understand why some people took offense. My comments were not representative of how I think about diversity or how Apple sees it. For that, I’m sorry.

More importantly, I want to assure you Apple’s view and our dedication to diversity has [sic] not changed.

Understanding that diversity includes women, people of color, LGBTQ people, and all underrepresented minorities is at the heart of our work to create an environment that is inclusive of everyone.

Our commitment at Apple to increasing racial and gender diversity is as strong as it’s ever been. I’m proud of the progress we’ve made, but there is much work to be done. I’m continually reminded of the importance of talking about these issues and learning from each other.

That a black woman with 20 years of experience working in the mostly white, male environment at Apple should have to issue an apology for alleged insensitivity to diversity concerns, shown just by her stating these sane, obvious truths, speaks volumes about the real agenda of the ostensibly charitable “diversity” police. In short, it has nothing to do with the everyday, American concept of diversity. Instead, it is the veiled, revolutionary usage of the term that is at play. And like every other nice-sounding, emotionally-charged word in the Marxist lexicon, this concept boils down to really meaning, “a Marxist-controlled socialist dictatorship, in which everyone does and says just what they’re told.” Because to Marxists, that’s paradise.

Murray Rothbard, the great Austrian-school economist and libertarian, wrote this incisive paragraph about Marxism and diversity:

“A hallmark of every utopia is a militant desire to put an end to history, to freeze mankind in a static state, to put an end to diversity and man’s free will, and to order everyone’s life in accordance with the utopian’s totalitarian plan. Many early communists and socialists set forth their fixed utopias in great and absurd detail, determining the size of everyone’s living quarters, the food they would eat, etc. Marx was not silly enough to do that, but his entire system, as Thomas Molnar points out, is ‘the search of the utopian mind for the definitive stabilization of mankind or, in gnostic terms, its reabsorption in the timeless.’ For Marx, his quest for utopia was, as we have seen, an explicit attack on God’s creation and a ferocious desire to destroy it.”
— Murray Rothbard, An Austrian Perspective on the History of Economic Thought (1995), vol. 2, chap. 11

But if the hard left are not really concerned about human diversity, why would they even raise concerns about these particular “minority” groups—​the LBQT, females, and non-whites? It’s because they have hand-picked those groups whose grievances (real or fictional) can be used to engineer a revolution that would produce such a Marxist “utopia.”

This is the overlooked truth of the current “diversity” hue and cry. Many have expressed this truth, although perhaps none more clearly than the blogger David Hilton (writing as “Moses Apostaticus”). It’s a truth the American people need to learn, well and quickly:

“Many Americans are familiar with political correctness, yet may not be familiar with its origins in cultural Marxist theory.… [C]ultural Marxism argues that … the nuclear family, traditional morality and concepts of race, gender and sexual identity … [are] chains of tyranny which must be broken by revolution.

“Modern woman, are you unhappy in your marriage? Are the responsibilities of motherhood and the burdens of work getting you down? Patriarchy! Black man, do you feel hard done by? Does it seem like the deck is always stacked against you and you can’t get a break? Racism! Gay man, are you tired of the sneers and microaggressions of straight men? They’re afraid that they’re gay too. That’s why they hate you!

“These are the narratives which are paraded endlessly in our education system. They are not natural or accidental. They have been constructed by intellectuals and academics who have had a radical agenda to transform the nation, and benefit themselves in the process.…

“Marxism is always cloaked in high-sounding utopian rhetoric. This is a ruse. What cultural Marxists seek has nothing to do with true diversity, social harmony or universal tolerance. They don’t want the races getting along. They seek power. The solution for the perceived injustices that Cultural Marxists have manufactured is radical social engineering. The power to carry out this social engineering must be given, of course, to a politically-correct elite determined to remake society along ideological lines.”
— Moses Apostaticus, “Cultural Marxism Is Destroying America”