Expose the Core of Common Core

In our campaign DVD, Getting to the Core of Common Core,  Idaho Chapter Leader Mrs. Julianne Young points out that Common Core is just one recent manifestation of a much bigger agenda that has plagued education for decades. And she insists that the real threat driving Common Core cannot be defeated without addressing the bigger picture. (View on YouTube.)

The nationwide momentum behind Common Core, supported by billions in federal money, has properly alarmed many Americans, even though they see only a small part of the picture.  Our urgency and imperative is to introduce them to the bigger picture, so the entire subversive education agenda and the forces behind it can ultimately be defeated

Excellent candidates for sharing the DVD include: 1) “conservative” members of local school boards; 2) local citizens who have expressed concern over Common Core; 3) home-schooling parents; and 4) parents who have children in government schools.”  Also view and share links to the video on YouTube.

And here is a link to excerpts from the Freedom First Society monthly Action Reports, received by FFS members, as we launched this campaign.

Posts providing support for this campaign: 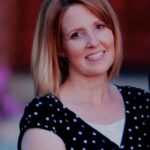 All across America, public officials swear up and down that Common Core education reform has been, and will be, state-led and locally controlled. No one is telling us that in early 2012, before the general public was even aware of Common Core, elite representatives of big-money corporations and high-level... Read more

New Smarter Balanced Assessment Consortium (SBAC) testing (now being called the ISAT in Idaho — someone thinks we won’t notice the change) has elicited an unprecedented negative response from students, parents, and educators all across the country. Local students have nicknamed it the “SweatBAC.” A friend of mine, who... Read more

The Common Core Cabal has struck again, this time to the tune of 61 million Idaho tax-payer dollars, as was reported on the front page of the Morning News, March 25, 2015. This money was reportedly “wasted” on a student data tracking system which, incidentally, Idaho agreed to implement... Read more
October 2014 Action Report “Getting to the Core of Common Core” “The longitudinal student data tracking systems which are currently being put in place in states all across the country will compile personally identifiable data on every student. That means that a student’s test results, academic and disciplinary records,... Read more
“Rotten to the Core” (Boston Herald, 2/28/10) FFS: This devastating critique of the Common Core project for national education standards comes surprisingly from the Boston Herald Editorial Staff.  Nevertheless, it misses the key point:  The federal government has no proper role, constitutional or otherwise, in providing funding to education and prescribing... Read more