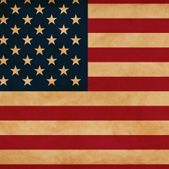 For a brittle old piece of parchment, the U.S. Constitution certainly lives a charmed life. Since the day it was born, the Constitution has been battered by aspiring rulers, demagogues, reformers, collectivists, conceited intellectuals, deluded students, journalists, ambitious presidents, and creative members of the Supreme Court.

Hardly a citadel of power has resisted attacking the Constitution — yet when the smoke and thunder settle, that venerable document continues to wave like old glory in the dawn’s early light. Why is this so? Because it is not paper and ink. It is not simply a relic preserved in a vacuum under glass at the National Archives. The Constitution survives precisely because it is not what its critics think it is or what some want it to be.

The Constitution is not, for example, a sponge that swells when wet. It does not rise and recede with the tide, nor does it shift left or right with day-to-day opinions. It is not as some fancy it, “a living constitution,” a pulsating organism that mutates into whatever an alleged majority want it to be. The Constitution is not a retail product appealing to the mass market; it has no model year, flaunts no new amenities, and is not always user-friendly.

Okay, then what is it? The Constitution is the containment vessel of government. It controls meltdown when government heats up. It is designed to keep government within its walls at all times and under all circumstances. The size and power of government tend to expand in proportion to the egos of those who run it. Therefore, until modern science produces an ego-deflation device, a human-ambition retardant, and a lust-for-power inhibitor, we’d better hang on to that old parchment and treat it kindly.

A growing number of writers and reformers miss the point. They want to put the Constitution in a wind tunnel and trim it for Mach One, thinking faster is better — believing that instant amendments, overnight legislation, quick treaties, and hasty impeachments are the substance of good government.

Do they really think the founders of our country stumbled by chance upon separate institutions, enumerated powers, checks and balances, bicameral lawmaking, and the executive veto — never realizing such measures would be inconvenient or cumbersome? Sorry, 1787 was not a time for loose reins and neither is today.

Those who think they are smarter than Washington, Madison, and Hamilton need to get off their populist soap boxes and look into our country’s great documents. Records of the founding Convention chronicle the hard, step-by-step deliberations of the men who worked out a remarkable balance between power and restraint, creating a government with enough power to defend its people, but not enough to enslave them.

The creators of our Constitution purposely and carefully built guard rails, roadblocks, and speed bumps into the system to assure that no one individual or department could crash through its walls, consolidate power, and run off with our freedom. Deliberate, and sometimes slow, lawmaking is a small price for the freedom we enjoy here in the USA.

But Daniel Lazare thinks otherwise. In his book, The Frozen Republic, Lazare describes a United States paralyzed by “a counter democratic system dedicated to the virtues of staying put in the face of rising popular pressure.” Certainly, our system is counter democratic. For history teaches that popular pressure — artificial or real — is the common pretext employed by the ambitious for assuming despotic power.

Our founders knew that and therefore gave us a republic, a system that prevents 51 percent of the people from voting away the liberty and property of the other 49. But that principle doesn’t seem to faze writers who are hooked on speed in government. As with so many instant intellectuals, Lazare attributes U.S. failures to problems never addressed in the Constitution, and often to problems stemming from the outright violation of it.

Another hurry-up critic is a college professor at the University of Texas. Writing in the Los Angeles Times, Sanford Levinson says, “[T]he Constitution is so far from perfect that it threatens our ability to resolve the daunting problems facing our society.” As one example Levinson cites the cumbersome process of impeachment and the pain of waiting so long to dump the president. He claims that “60% of Americans disapprove of the job [the president is] doing.” Yet Mr. Bush, he laments, will occupy the White House until January 20, 2009.

The professor thinks a national plebiscite (a popular “no confidence” system) should replace our present method of impeachment. He says not a word about the actual impeachment of Bill Clinton, which moved through the House precisely as the founders intended.

Before the impeachment resolution reached the Senate, however, the House charges had been touted in the media as nothing more than cheap Republican efforts to exploit a sex scandal involving a Democratic president. Under media influence and White House pressure, the Senate waffled and refused to look seriously at the evidence.

The Senate’s failure to convict was not a failure of the impeachment system, but a disregard for it. By ignoring the seriousness of the charges, the Senate simply failed to carry out its constitutional duty. As with many critics of our national charter, Levinson attributes daunting problems to the document itself, rather than to the defiance of its wise provisions.

The idea that the Constitution was written for a backwoods, horse-and-buggy society and will not work in our advanced hi-tech civilization is nonsense. The Constitution does not confront technology or distance or population; it confronts the nature of man. It retards man’s ambition to use the power of government for personal power and dominion — a trait that exists in human beings at all times. It matters not whether one travels in a horse-drawn carriage or a jetliner, the universal tendency to exercise political power over others is the same — if not even worse today in this world of high-speed everything.